Fiction
Essays
Music
About
Edarem is in a world of shit!
I hope some of you remember Edarem, aka Edward Muscari…... | News | Coagulopath

I hope some of you remember Edarem, aka Edward Muscari… 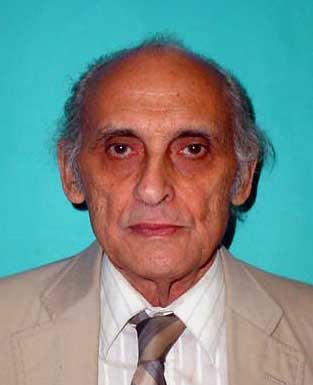 …the convicted child molestor who maintains a fairly horrifying but kind of cool Youtube channel.

The skinny, if I’m reading his recent videos correctly, is that he has been arrested and jailed for another five years. Why? He violated a South Carolinian law banning registered sex offenders from having computers. Fucked up, right? His Youtube channel brought him internet fame, and that same channel landed him back in the cooler. As a longtime fan of his videos, I feel almost…personally responsible.

I don’t think he deserves this. He committed a crime in the past, an unthinkably horrible crime. But he’s served his sentence. He’s square with the house again. He had a damn Youtube channel, for God’s sake! It’s not like he was trying to join the priesthood or the boy scouts. Besides, his videos brought the internet great joy. If I ran the world, I’d consider his Youtube channel a final act of moral restoration. Well, maybe not that video where he took off his shirt…

Some of you are thinking “he molested a child! How dare you suggest he be treated with mercy! I hope he burns in hell!” This is an understandable reaction. A stupid, sad, bloodyminded and pathetic reaction, but an understandable one nevertheless. People love feeling superior to others. It’s the greatest high in the world. Give them a horrible person and they’ll wank all day long about how much better they are than him. But more to the point, justice must always allow for mercy. Always, always, always. It’s kind of the whole point. Punishment exists to reform people, so what’s the point of punishing people if we don’t allow them to be reformed? It’s pure vindictiveness, that’s what I think.

“It’s easy for you to talk! You’ve never been molested!” Yes, and that’s exactly why I can have an opinion on the subject. I don’t have an emotional stake in the issue. I can look at it like it is, a terrible crime, but not something that turns a man into a walking piece of meat undeserving of rights. I like to think that even sexual predators can redeem themselves, and stand alongside their fellow men and women without shame once more.

Edward is raising legal funds to fight the sentence, and he wants each of his fans to donate a dollar through Paypal. I think that’s a bit unrealistic. Maybe $5-$10 per fan?

Fight on, Edward. Long may you lip-synch Roy Orbison songs in front of a webcam, gyrating and twitching your eyebrows in a way that leaves all your viewers shuddering and taking long, hot showers. Fight on.