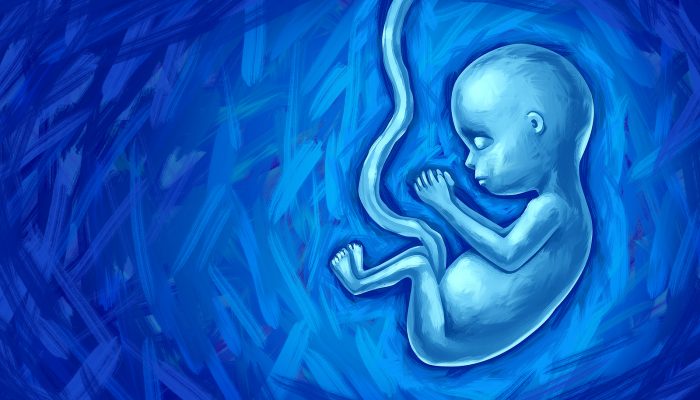 I enjoy reading Paul “the Internet’s impact on the economy has been no greater than the fax machine” Krugman’s opinions on things. I learn so much from his large and abundantly folded brain. For example, here he argues that conservatives are mostly incapable of modeling the thought processes of liberals.

[…] if you ask a liberal or a saltwater economist, “What would somebody on the other side of this divide say here? What would their version of it be?” A liberal can do that. A liberal can talk coherently about what the conservative view is because people like me actually do listen. We don’t think it’s right, but we pay enough attention to see what the other person is trying to get at. The reverse is not true.

You try to get someone who is fiercely anti-Keynesian to even explain what a Keynesian economic argument is, they can’t do it. They can’t get it remotely right. Or if you ask a conservative, “What do liberals want?” You get this bizarre stuff – for example, that liberals want everybody to ride trains, because it makes people more susceptible to collectivism. You just have to look at the realities of the way each side talks and what they know. One side of the picture is open-minded and sceptical. We have views that are different, but we arrive at them through paying attention. The other side has dogmatic views.

What do you think? Yes, it’s smug and a bit self-congratulatory. Paul Krugman has identified as one side of the political divide as wise and open-minded, and by complete coincidence it’s the side he belongs to.

The repeal of Roe v. Wade in the United States has proven that I was wrong. American liberals, on this issue, have no idea why conservatives believe the things they do, attributing to them instead cartoon villain motives and implausible conspiracy theories that make George F Will’s “trains = collectivism” theory seem the rarified heights of sanity.

On the day the news was announced, perhaps 10-20% of Twitter changed their avatar to either a coathanger or a Handmaiden outfit. This was the start of an attack on civil rights that is solely motivated by oppressing women. Reddit had some kind of psychotic break. Many of the posts below had hundreds or thousands of upvotes.

How to turn women into “breeding cows”?

These religious crazies are spiraling down and trying to create an american white christian Theocracy!

It’s a forced-breeding program. Women are chattel to these people.

In a 6-3 decision, women are now brood mares for the state.

I wonder if there’s any correlation between RvW being overturned and the U.S have consistently declining birth rates for years. If people stop having children, there’s no more generations of workers to exploit and propagandize through the school system.

No. Call it what it ultimately is.

In general pumping the birthrate will be good for the economy in the long run, if traditional economics stays true, but it’s hard to imagine that the GOP is thinking more than 2 elections ahead.

That’s what this discussion has always been about. Are women people or are they incubators?

But the pro forced birthers are unwilling go actually come out and say that because then their obvious misogyny will become apparent.

What they’re hoping for is more republican voters. They know they’re becoming the minority and they need more kids born in the US to attempt it.

No one would ever willingly fuck a republican and carry it’s gross little fucking monster seed to term, so they gotta boost those rape baby numbers.

Republikkklans envision a world where they can rape a woman and force her child into slavery, meanwhile everyone else is too distracted all the goddamned bullets to focus on their legion of evil.

It’s slavery with extra steps. Lots of these kids will eventually end up in jail and using Prisoners as free slaves has been a thing for a long time in the US.

Basically, how do you know what’s on a person’s mind? You really can’t. The fastest way to get an idea is to ask them why they believe what they believe: sometimes they lie, but you can’t assume that as a default explanation. Anti-abortion activists claim to be motivated by the idea that a fetus’s life has some kind of moral value. Absent other evidence, they should be believed.

Conservatives want live babies so they can raise them to be dead soldiers. Pro-life… pro-life… These people aren’t pro-life, they’re killing doctors! What kind of pro-life is that? What, they’ll do anything they can to save a fetus but if it grows up to be a doctor they just might have to kill it? They’re not pro-life. You know what they are? They’re anti-woman. Simple as it gets, anti-woman. They don’t like them. They don’t like women. They believe a woman’s primary role is to function as a brood mare for the state.[1]https://www.youtube.com/watch?v=ZDzs0gY1cTA

How does he know that this is what they believe? He doesn’t, and also probably doesn’t care. There might be seven words you can’t say on TV, but the market for lazy caricatures of one’s political opponents is as wide and as deep as the ocean.

Speaking of lazy caricatures, this is another one. But at least it’s funny. 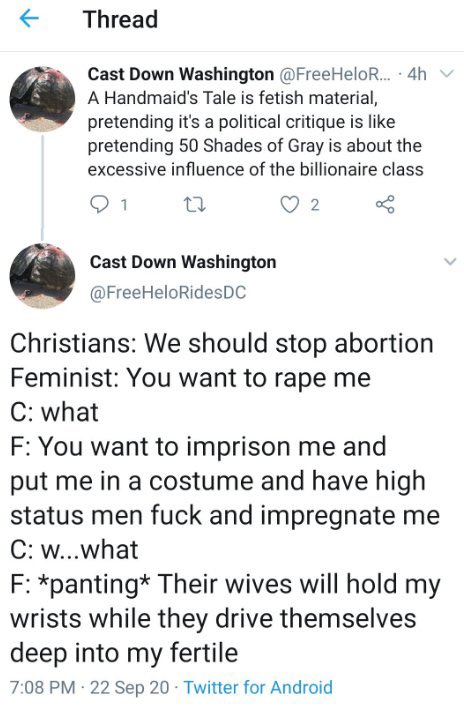