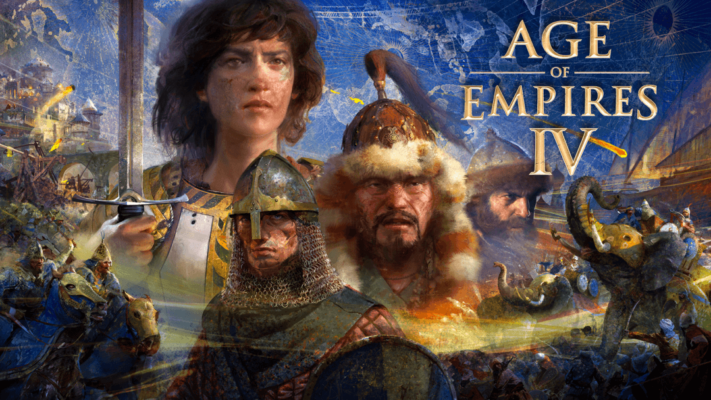 Everything it needed to be, but still not enough.

The historic theme gave you context and a reason to care (“lead the Golden Horde against the Shah of Khwarazm” will always be cooler than “are you a bad enough dude to rescue the president?”, for some reason) and the graphics were great, winning me over from Blizzard’s Starcraft, which was also fun but must rank as one of the ugliest games ever made. Age of Empires II’s matches played out a lot slower than Starcraft’s, but they had a bigger, higher build. Games with lots of players on a giant-sized map took on a deliriously epic quality, lasting for hours and hours, with backstabbing, politics, mounting desperation as resources dwindled, heroic last stands, ended friendships, etc. Think of all the fun things you’ve done and rank them from 1 to 10. Unless “eight player Age of Empires II LAN party where everybody’s drunk” is on the list, the most you’ve experienced is a 9.

2002’s Age of Mythology was step backward. It had some cute stuff and a lot of polish, but the new 3D engine didn’t look good and Ensemble Studios had some questionable ideas, like making higher-tier units take up multiple population spaces, causing you to hit your population cap the moment you tried to do anything fun (or so it seemed). And it was the start of the epoch where games coddled you, and didn’t allow you to make mistakes. For example, you can’t delete your town center. Not that you’d really want to, but I still feel philosophically that if I want to delete my own buildings I should be allowed to. Age of Empires I and II had a libertarian “anything goes” ethos to game design. Age of Mythology was like being artificially confined at every turn.

I played Age of Empires III for a few hours and uninstalled it. I’d seen enough; the home cities, card system, and so forth just screamed “artificial complication”, and the idiot-proof game design had hit new levels, with villagers that collected infinite resources and never needed to be moved. All the depth was gone from the core gameplay loop, leaving the sense that the game was mostly just playing itself. The colonial theme was dull particularly next to the largeness of the last two games. In Age of Empires you take cavemen at the dawn of history, and create Rome, Egypt, and Carthage. In Age of Empires II you take illiterate barbarians and guide them into the Renaissance. In Age of Empires III you take 17th century settlers and turn them into 18th century settlers. Oh my God, I paid for the entire seat when I’ll only need the edge! The campaign was actually laughable: why am I fighting Illuminati cultists for the fountain of youth in an Age of Empires game?

And now there’s a sequel. A sequel that I wasn’t aware of until it launched. While I have an amazing ability to dodge million dollar ad campaigns, it’s also possible the game didn’t get a million-dollar ad campaign. Quiet launches are normally a bad sign (developers don’t want their game to get beaten up too much by reviewers) but this isn’t the case: Age of Empires II is decent and well thought out.

The game is basically a collection of all the series’ best ideas – which are 90% from I and II, honestly – and puts them in one package, with some new gameplay improvements. It sticks closely to the series’ main concept – you have a town center, train villagers from the town center, use them to build houses and gather resources, etc – but there are little touches that are nice. As with previous Age games, you advance through multiple “ages”, each of which unlocks additional units and technologies. But where in previous games this would lock down your town center for several minutes (pumping the brakes on the game’s momentum), AoE4 lets you continue using your town center even while advancing. It’s a small touch but it makes the game a lot faster.

Advancing to a new age now requires construction of a “landmark” – you have your choice of several per age, which each offer unique buffs and perks. Chinese, for example, can choose to Castle with either a Astronomical Clocktower (“Acts as a Siege Workshop. Produces siege engines with +50% health.”) or Imperial Palace (“Possesses a large sight radius. Activate to view the location of enemy Villagers for 10 seconds.”). This is the exact same mechanic as Age of Mythology’s minor gods, but it’s not a bad idea.

The eight civilizations (English, French, Mongol, Rus, Holy Roman Empire, Chinese, Delhi Sultanate, Abbasids) are pretty different in how they play – it’s almost like learning eight different games. The Mongols get a kind of abusive Oovoo building that allows you to build two units at once – I have a feeling this will be patched soon.

Beloved mainstays of the series all return, such as the trebuchets, relics, and Black Forest (an absolutely obnoxious map that every noob picks because you can hold off pushes forever with a few walls). The monks don’t go “wolololo”, but at least there are war elephants. God damn they’re big. They’re the size of buildings.

The minor changes above aside, it just doesn’t feel like a sequel. It’s just Age of Empires II rebooted for the 3rd or 4th time. I won solo against 2 hard AIs on my first game because of how close it was to AoE2, despite the fact that none of my old hotkeys worked.

The graphics are surprisingly drab. The 2D Age of Empires games only had 256 colors, but they worked hard to make every unit distinct with sharp color contrasts and animation cycles. Here, armies just blur into a blob of indecipherable 3D men. The graphics are just technically unimpressive in general. The recommended graphics card? A GeForce 970. There’s no map editor, because why would there be.

It’s clear why they’d draw so much inspiration from AoE2, as it’s the only game in the franchise that still has legs. But it doesn’t do anything to move a stale genre forward. AoM was flawed but at least tried some new things. AoE4 is super safe and takes no risks. They probably wore kneepads and padded helmets while programming it.

The game is fun, but only in a faceless and bland way. I still remember the AoE2’s William Wallace campaign, with that hilarious fake Scottish accent. It was great. AoE4’s learning mission is about a faceless tribe of settlers fighting faceless enemies, while a woman issues instructions in her best “your call is important to us” voice. It was just dull.

And while I hate to sound like a 2014 Youtuber ranting abouty ESS JAY DUBYAS ruining vidya games, there’s no gore, no references to genocide (the Mongols are described as a “a disciplined civilization, recognized for changing history in connecting the East to the West”), and nothing remotely edgy or offensive at all (I liked how AoK:TC let you literally research the Inquisition as a tech). This works against its historical aspect. There are female soldiers, too. Can’t wait for the upcoming DLC adding transgender people and furries and whatever.

I don’t know how long I’ll keep playing it for. It’s fine. But one of the many ways the world has changed since 2003 is that the real-time strategy genre has completely fallen dead. Out of curiousity, I went on Twitch and viewed the top-viewed RTS games.

The top 20th RTS game was Command and Conquer: Red Alert. A game from 1996. And if you take out the contemptuous mobile shovelware and mislabelled wargames, it would have been in the top 10. You know a genre’s in healthy shape when its 10th most viewed game is an MS-DOS title from the middle of the Clinton presidency.

The last viable branch of the genre is probably MOBA games such as DOTA and League of Legends, whose click-heavy isometric style is a clear artifact from the real-time strategy genre. I don’t know why the genre stopped selling, but it’s probably going to take more than another remake to bring it back. Age of Empires IV feels like a slickly missed opportunity. The title is bitterly ironic: this series (and genre) is indeed showing its age.