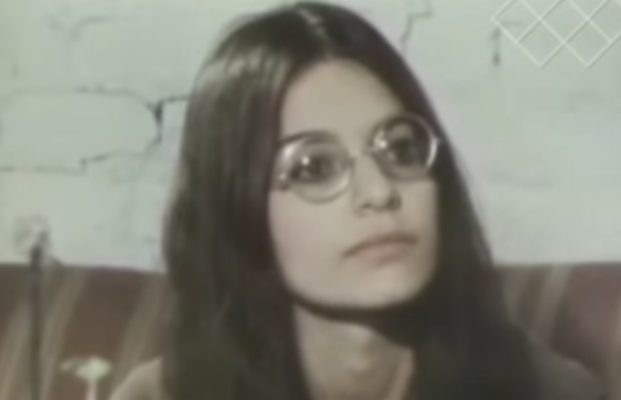 Paintings are dead. The oleaginous purples of baroque: dead. The petal-like brushstrokes of impressionism: dead. The apotheotic ecstasies of romanticism: dead beyond dead. Even when they evoke or suggest life they aren’t life, and if you try to breathe the unending skyful of air in Caspar David Friedrich’s Monk by the Sea you will suffocate and also become dead.

Airless Spaces (from 1998) is about that kind of dying: trying to sustain yourself on artifice and illusion. It’s short – about a hundred and fifty pages – and very readable, containing fifty vignettes drawn from the author’s experiences in mental hospitals.

Shulamith bath Shmuel ben Ari Feuerstein was an early radical feminist. Her 1970 book The Dialectic of Sex launched her to fame, and it seemed like she was set for the same sort of life Greer, Friedan, and Steinem had – forty or fifty years of teaching, consciousness-raising, fighting the patriarchy a little, fighting other feminists a lot, and the occasional bra-burning publicity stunt to remain in the public eye.

Incredibly, the book marked the end of Shulie’s career. She disappeared from public view in 1971 – to pursue a career as a painter, she said. In actuality, a shadow had fallen on her, and her struggles with schizophrenia (worsened by the death of her father and the apparent suicide of her brother) caused her to be repeatedly institutionalized. Although I don’t think her name even appears in the book, Airless Space is her account of those 28 missing years.

It describes places that aren’t real places, relationships that aren’t real relationships, and words that have no meaning. Like paintings, these artifices vary in their details. Some are crude and clumsy. Others are painted with a maestro’s touch, and cleverly deceive you into thinking they’re real. But they’re all pitiful facsimiles of the real thing, and none of them are of much use at sustaining life. Like eating an apple made of wax.

There’s no theory or politicizing, instead there’s endless and fascinating detail about daily life in the land of the mad. Time is absent from the book (most stories could take place anywhere from 1971 to 1998, with only a few being dated by details like VCR and email), yet also omnipresent. The hours crawl like a broken-backed cockroach. Eventually you stop even feeling bored: you just stare slackmouthed at the clock as it sweeps from breakfast time to lunch time to dinner time to bed time.

Society doesn’t deal with insanity that well in 1998 or any other year. In most of the stories Shulie could be at a prison; she encounters rigid and unbending bureaucracy, orderlies who apparently moonlight as nightclub bouncers, and institution-fostered drug dependencies. The chapter titles alone are grim. The Forced Shower.  The Prayer Contest. Bedtime is the Best Time of the Day. Bloodwork. The Sleep Room. Incontinence. The Jump Suit. Hating the Hospital. Suicides I Have Known.

There’s a section simply titled losers. The term sounds sophomorically cruel, like what a bully would say as he gives you a bogwashing, but it’s an accurate description. The people Shulie writes about have lost. There’s no other way to put it. You feel pity reading about some of them.

And so on. Along the way, Shulie gives advice on how to get out of a psych ward. Behave. Attend all activities religiously. But don’t allow yourself to become invisible, or you’ll be forgotten. Rock the boat in small ways. Stand out. Wear an interesting item of clothing if allowed. Put effort into your appearance. Pace the halls, so people can’t escape the fact that you’re there. Learn the names of all the doctors and orderlies and have interactions with them – even if it’s just saying “hello” in the hallway, and even if you’re ignored. The basic idea is to be present. There’s a world of difference between a person in an institution (who doesn’t belong), and an institutionalized person (who belongs very well), and your job is clearly be the former, so you can hopefully get out.

But out is in misspelled for a lot of people. Another sad aspect of Airless Space is that many of these people will live awful lives no matter where they are: they’re poor, crippled, will never be “better” in any meaningful sense, and their insanity is a response to circumstance (“Just because you’re paranoid, does not mean they’re not out to get you”). I’m struck by the story of Mrs Brophy, who views her prolongued hospital stays as a vacation from the nerve-shredding job of caring for her large household with many children. Another repeat in-and-outer adapts to the point of being nonfunctional in the real world. “Every time she went in, especially after the first, she felt submerged, as if someone were holding her under water for months. When she came out she was fat, helpless, unable to make the smallest decision, speechless, and thoroughly programmed by the rigid hospital routine, so that even her stomach grumbled on time, at precisely 5 p.m.”

There are some humorous touches. There’s a plane trip where Shulie complains about the in-flight movie “Melanie“, which she calls a “pre-adolescent fantasty with a decidedly lesbian tinge”. Shulie should have been a film critic. There’s also an interesting meeting where she meets none other than Valerie Solanas, whose later life makes Shulie’s look like a success story. Solanas has read The Dialectic of Sex and hates it, and starts arguing with Shulie about it. The low comedy of two destitute madwomen debating the theory of a world that rejected them decades ago isn’t lost on her.

In short, very interesting, very sad, very effective. This ain’t it, chief became Twitter’s favorite put-down for a while, and that’s what this book is: this ain’t it fifty times in a row. I don’t know that I’ll ever re-read Airless Spaces, but it made an impression. The book opens on one of its most memorable image: you’re aboard a sinking ship…but that ship is inside the Bemuda Triangle. If you’re dying in a place that’s false and unreal, are you really dying? Whatever the answer, you’re clearly not living.