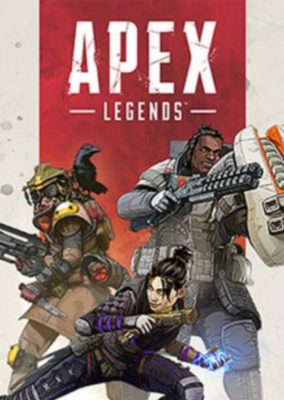 Reviewing games in 2019 is impossible. You’re shooting at a moving target: every game in 2019 is a weird quasi-finished v0.5 Pre-Release Early Access Beta, requiring a 24/7 internet connection so it can stream five gigabytes of updated content each day.

Once, a game was a $60 box with a CD in it. It was finished. It did not change. But now, a game is a spewing open sewer on your hard drive, fountaining out a never-ending deluge of shit: new characters, new mechanics, new loot boxes, new collectible cards, and new internet memes.

The ever-changing nature of modern games makes them difficult to talk about. It’s like reading a book with George RR Martin yanking pages out and gluing new ones in, or watching a movie while Peter Jackson is still directing it.

Apex Legends is the new contender for the battle royale throne. It features the genre’s standard game mode (a huge number of players, vying for dominance on a map that shrinks in size), merged with the team-based heroism of Blizzard’s Overwatch. PlayerUnknown’s Battlegrounds asked “where will you go?” Apex Legends asks “where will you go, and with whom?”

The game leaves an indelible visual impression. Every battle royale game has a launch sequence, but this is the most visually stunning one yet, with the screen wracked by bloom and lens effects and your characters quipping as they skydive. I enjoyed the way everyone leaves coloured trails of smoke (so you can guide your team away from groups of players…or towards them, if you like living dangerously).

When you land, you loot. Your first port of call should be a gun (or two guns): the characters are absolute bullet sponges, and it’s frustrating to empty a full magazine into someone’s chest and have them continue charging at you.

It also takes time to learn the idiosyncrasies of each weapons – for example, the Peacemaker shotgun has such a tight spread that it can be almost used like a rifle, and the Mozambique is laughably underpowered, to the point where it’s better to use your melee attack. The Devotion energy rifle has a “spin-up” (the longer you fire it, the more damage it inflicts), which in practice means the enemy takes a weak shot or two, runs away, and the powerful end of the burst splatters uselessly against a wall. The gunplay as a whole, feels slightly underdeveloped.

So, too does the much-hyped character-based element.

Before each game, you choose your “legend”, each of whom has different tactical abilities. Unlike Overwatch, these are fairly subtle and seldom game-changing. Bangalore can throw smoke. Pathfinder can set up a zipline.

The number one reason to choose one legend over another is their hitbox size – Wraith is the current favorite among the Twitch elite, because her tiny size makes her difficult to hit. You will have a miserable time playing as Gibraltar and Caustic: their massive hitboxes attract every bullet on the server, or so it seems.

One thing that deserves unreserved praise is the pinging system. In other games, communication with your allies is difficult: you either have to type a message, or get on voicechat and entrust your teamplay to pubescent voices and $5.00 microphones. Not anymore. Apex Legends allows you to rapidly ping locations on the map, indicate supplies for your team, flare enemies, and even cancel the last message you sent in the case of a false alarm. They really did think of everything, and a good team can execute complex strategies based on two seconds of pinging.

I also must praise something that isn’t in the game – there are no emotes for dabbing, or floss dancing, or any of that shit. Good.

But overall, the game needs more content. There’s still only one map, and eight legends, two of which must be unlocked (didn’t Overwatch launch with 21?). There’s a lavish assortment of paid skins – the game is free, and this is how they plan on making money – and it’s clear that a lot of effort that could have made Apex Legends a stronger game instead went into creating fluorescent blue Mirage vests and sparkly glitter covers for guns.

On balance, I had a good time with Apex Legends. I hope it gets better, but what they gave us isn’t bad. The battle royale genre is now out of its formative stage, and into its development stage. Genres are being mixed up and recombined, in the hopes of scoring the next crossover hit. I have no idea whether Apex Legends will still be the state of the art in six months, but it’s clearly the state of the art right now.