Dave Pelzer – A Child Called ‘It’ 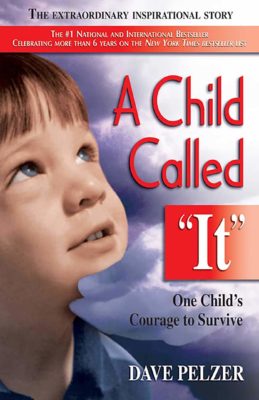 There’s a behavior pattern called “wound-collecting” where a person takes every slight, insult, and injustice they’ve ever experienced and builds an identity around it. “Look at how much I’ve suffered. Look at how much worse I’ve had it than you.” Their victim status becomes a defining attribute, the thing that makes them special. They can’t let their hurt go: they become huge dragons atop a hoard of pain, admiring their scars, and wishing they had more.

I remember reading a feminist’s blog post, titled (and capitalized) something like “why i hate men”. It was a long list of every bad thing a man had every done to her, ranging from sexual assault to a stranger calling her a rude word on The Bird Site, written with pornographic detail and (to me) barely-disguised relish. It made me feel bad. Are you a person made of scar tissue? Are wounds all you have?

Wound-collecting probably starts in pre-adolescence – infants learn that if they stub a toe, adults will crowd around them, fussing and cooing. They don’t understand operant conditioning, but they know the attention feels nice; sometimes better than the stubbed toe felt bad. Enterprising infants learn that if they scream and cry very loudly they don’t need to stub their toe at all.

One of history’s great wound-collectors is James Frey, whose tearjerking, heart-rending, and false account of drug addiction got him on Oprah (here’s John Dolan taking a bolt-gun to A Million Little Pieces in one of his meanest reviews). Women are generally more prone to wound-collecting, but, as Frey proves, men can do it too. So can children. So can its.

Dave Pelzer was born to an insane alcoholic mother in 1960 and made a ward of the state in 1973. In the intervening twelve-plus years, he experienced what fifth-grade teacher Steven E. Ziegler describes as “the third worse (sic) case of child abuse on record in the entire state of California.” …starved, stabbed, smashed face-first into mirrors, forced to eat the contents of his sibling’s diapers and a spoonful of ammonia, and burned over a gas stove…” I bet he also got the middle seat in the family sedan and was never allowed to choose the pizza toppings. As an adult Pelzer made a career as a rah-rah-you-can-do-it motivational speaker, anchored by the experiences in A Child Called ‘It’. I don’t know to what extent he fits the wound-collector profile. Perhaps he doesn’t at all. But at the very least he’s a wound-displayer, flexing his past like a huge peacock’s tail.

The question is, why is this a viable career path? Pelzer’s motive is obvious: money. But what does the audience get out of it? Catharsis? Thrills?

Pelzer (or his publisher) describes A Child Called ‘It’ as an “inspirational story”. I wasn’t inspired by stories of a boy locked in a garage for ten days without food and suffocated with bleach and clorox, but results may vary. Pelzer’s greeting-card gloop (“I’m so blessed. The challenges of my past have made me immensely strong inside. […] Instead of dwelling on the past, I maintained the same focus that I had taught myself years ago in the garage, knowing the good Lord was always over my shoulder, giving me quiet encouragement and strength when I needed it most.”) is as schmaltzy and fake as a Thomas Kinkade painting. The book – the real book – is marketed with the precision of a laser-guided bomb. It knows its audience of atrocity seekers well, better than they know themselves.

I’ll just say what I think: that lots of people get thrills from reading about child torture, and books like A Child Called ‘It’  are a socially approved outlet for those thrills.

They are socially approved because they’re true. Obviously, if you read fictional child-torture stories you’re a depraved sicko who belongs on every government watchlist at once. But when that same story is repackaged as “motivational lit” or “true crime” or “the daily news”, you can pretend your interest is wholesome (or even virtuous). You’re not scratching a pornographic itch. You’re becoming an Informed Person(tm). You’re learning about The Way The World Really Works(r).

Evangelical Christians waged kulturekampf in the 80s against heavy metal and Dungeons and Dragons while themselves propping up a media industry (Michelle Remembers, Satan Seller, Hell’s Bells, Jack Chick) that was a code-shifted version of the same thing. Michael Warnke sold millions of books with passages like “[the Satanists] took this little girl and they killed her by cutting her sexual organs out while she was still alive, and after she was dead they cut her chest open, took out her heart and cut it up in little pieces and took communion on it,” and Jack Chick distributed hundreds of millions of tracts like “Lisa”, often to the same people who wanted Black Sabbath banned from the airwaves.

It’s a critical detail, for example, that Pelzer is a child, because this hits the switch on the reader’s maternal/paternal instincts. Nobody would give a shit about a book titled The Senior Citizen Called ‘It’, even though elder abuse happens all the time. People are far more excited when the victim is an adorable little boy.

And the excitement around this book was real and terrifying to witness. In the late 90s people around me were moved to ecstasy by it. “Oh my god, this is awful! That poor boy!”, always spoken in the tones of a junkie sky-high on a twenty dollar bill. On Reddit and Goodreads there are people asking for other books like A Boy Called ‘It’. Horrible book! Traumatized me for years! Please give me more!!! The demand for child abuse lit is insatiable, and although the books are presented as tales of salvation and hope, this is a formality, the same way porn films aren’t really about Mia Malkova’s car breaking down. The point is the suffering. The pain. People want to see it, want to press their blank, awestruck faces against the scars. And when it’s over, they want more. And worse. It’s a hole through the Earth that leads, not to China, but directly out into blackest space.

I haven’t talked about the book at all.

First, it’s not a book, it’s a book-shaped item. It’s poorly written: if Pelzer had relied on prose instead of child abuse he’d be An AutoZone Manager Called ‘It’.

“For awhile Mother banned Father from the house, and the only time we saw him was when we drove to San Francisco to pick up his paycheck. One time, on our way to get the check, we drove through Golden Gate Park. Even though my anger was ever present, I flashed back to the good times when the park meant so much to the whole family. My brothers were also silent that day as we drove through the park. Everybody seemed to sense that somehow the park had lost its glamour, and that things would never be the same again. I think that perhaps my brothers felt the good times were over for them too.”

The narrative is structured oddly, beginning where it should have ended (with Pelzer’s rescue by Mr Ziegler). A Child Called ‘It’ should have had a thrilling “how will he get out of this?” compulsion, but we already know how he got out. He told us at the start. Pelzer’s imagery is corny and seems right out of a 70s romance novel: rivers of tears go pouring (and/or streaming) down young Pelzer’s face so often that it could almost become a drinking game. His writing sucks all the air out of the room…but could that be an intended effect? To make the book seem rougher, realer, and more believable? The way a guitarist might deliberately biff a note on a record?

Which brings me to the heavily-hinted-at elephant in the room.

The problem with wound-collecting is that a temptation exists to exaggerate or invent wounds; to feather your nest with shards of broken blue glass and call them sapphires. As I read Pelzer’s sad tale a certain feeling came over me – the feeling you get when you’re in a foreign country and your taxi driver says he’s taking you along the scenic route.

Pelzer’s stories individually nudge against believability and cumulatively cross over: I don’t believe that his mother held him beneath freezing water for “hours” (hypothermia would have killed an undernourished ten year old in minutes). I wonder if his lacerations and stabbings left him with scars, and if so, whether they’ve been photographed to provide evidence for his tale (I impaled my finger on a thorn when I was ten and the mark is still there). I also wonder if his mother really spoke like a character in an overwrought Hampstead novel.

“Well, Mr Ziegler says I should be so proud of you for naming the school newspaper. He also claims that you are one of the top pupils in his class. Well, aren’t you special?” Suddenly, her voice turned ice cold and she jabbed her finger at my face and hissed, “Get one thing straight, you little son of a bitch! There is nothing you can do to impress me! Do you understand me? You are a nobody! An It! You are nonexistent! You are a bastard child! I hate you and I wish you were dead! Dead! Do you hear me? Dead!”

I can tolerate dull writing and exploitative subject matter, but I don’t like being conned or taken for a ride.  When I learned from Wikipedia that three of Pelzer’s brothers (and his grandmother) have cast doubt on his story, I was unsurprised but still disappointed.