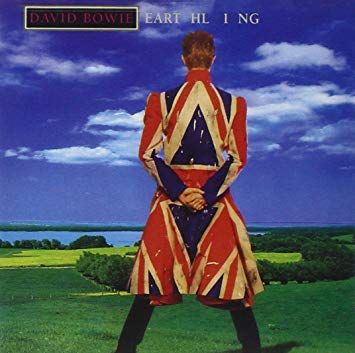 The digital sampler is one of the great musical instruments of its ages, nearly equal to the electric guitar. Or maybe it’s an anti-instrument – rather than creating music, it takes the music of other people, and fascinatingly tortures it to death.

The Akai MPC sampler is to music what the AK-47 is to firearms – a mass-produced weapon that allowed peasants to get into the game. Not knowing a damned thing about music was no longer an obstacle to making it. Illiterate rappers could slice parts out of someone else’s tracks, reconstruct them into Frankensteinian monstrosities, and play the results to a crowded dancefloor. Sampling culture reveled in taking music out of its natural environment, and shoving square pegs into round holes. It put Beethoven’s Fifth over hip hop beats, and uncool dad rock over souped-up breakbeats. Much of the Mona Lisa’s effect comes from the fact that you must pass through an austere gallery before you see it. It would have a different impact if you saw it in a sewer. Sampling works by the same principle: it allows us to hear old music in a new way, breaking preconceptions and forcing the mind into unfamiliar paths.

Bowie’s 1997 album makes a fetish out of sampling. Most of Reeve Gabrels’ guitar riffs are actually recorded samples. Wild scratchy noises spray like jets of graffiti from an aerosol can: these are saxophones, sped up and glitched in the studio.

It’s also supposed to be a celebration of jungle music, a style he was quite enamored with at the time. In the press, he referred to it as “the great cry of the twentieth century”. On tour he split the set into two halves – a rock set and a drum ‘n’ bass set. Critics didn’t like it, and neither did his fans. After he noticed that most of his audience left after the rock set ended, he defiantly put the drum ‘n’ bass set first for the remainder of the dates. Jungle was pretty trendy and oversaturated by this point, which didn’t do him any favours with the cognoscenti. It was as he’d decided in 2001 that rap-metal was the great cry of the twenty-first century.

Regardless, Earthling is aggressive, cartoonish, excessive, and brilliant at times. Most of the tracks speed along like little mechanical rabbits, flurries of breakbeats trying to throw you out of the groove. “Dead Man Walking” proves itself the strongest cut, with a tough KMFDM groove mixed with introspective lyrics: Bowie is pondering his own sell-by date. “Law (Earthlings on Fire)” is also pretty strong, ending the record on an apocalyptic note. The music seems to be blasting from lamppost speakers while chlorine gas swirls below.

“Seven Years in Tibet” is rather long-winded, featuring a kick and snare sample that seems inspired by Iggy Pop’s “Nightclubbing” (or maybe it is that kick and snare! I’m not sure). The song plods along, with massive gravitas, before exploding into an incandescent fireball of guitars. Bowie was a Free Tibet supporter for many decades: “Silly Boy Blue” on his first LP deals with it, and although he forgot about all those early songs, he never forgot Tibet.

“I’m Afraid of Americans” is more KMFDM-sounding material, with Bowie using synths the way he used Ronson’s guitars in the past, as riffs for him to emote over. The song was a rare chart hit in the United States. For the last time, they had to be afraid of him.

Although the two sound nothing alike, Earthling was made in the same spirit as Low. “How can I make human musicians sound like robots?” Low achieved this with motorik, synthesizers, layered drums, and Brian Eno. Earthling uses computers. For the first time, Bowie was cut on ones and zeros. Right around the corner were BowieNet, Bowie Bonds, BowieBanc, and all the rest.

Earthling is a fascinating example of an album that doesn’t particularly want to be loved or hated, just remembered. There was nowhere to go from here. How do you follow up excess? Even more excess? Bowie course-corrected after this with the stripped back …hours, landing so hard back on earth with that he buried the record in the ground. His subsequent records tended to be conservative and calculating, carefully doling out “experimentation” one pinch at a time. Earthling is a special moment: the final time Bowie truly went mad in the studio.