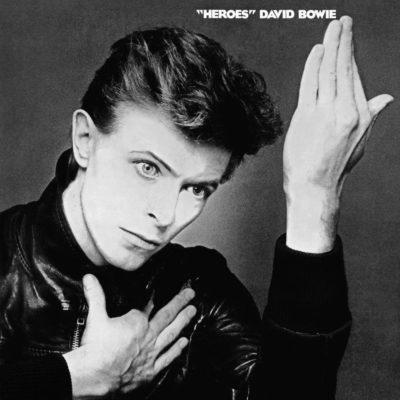 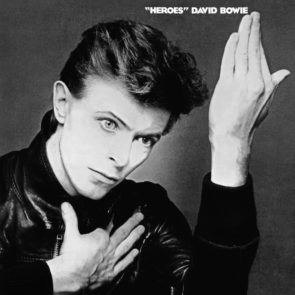 “Heroes” doesn’t equal the height of Low, but it’s an incredible album in its own way. Bowie created astonishing work in Berlin, and “Heroes” carved his name even deeper in the wall.

By contrast, track 2, “Joe the Lion”, is the latter. I can’t listen to it without the rest of the album: it sounds agitated and broken and gives the listener no relief at the end. But it does provide effective contrast for the krautrock-infused nostalgia of the next track: it’s like driving over a broken road, which changes to smooth blacktop.

The title song is the obligatory classic, which has survived overplay through massive sonic depth. There’s much to discover inside “Heroes”, between Carlos Alomar’s fill-in lines and Brian Eno’s electronic squawks. The song’s like an infinitely unfolding sheet of paper, containing yet more scribbles inside each unfurled fold. The lyrics are broad, and on the page sound faintly mocking, although no trace of this comes through on the record.

Functional harmonists describe music as a journey made of chords. When you listen to the tonic chord containing the key signature, you’re at home (in the Beatles’ “Yellow Submarine” this chord underlines “in the town…”). The subdominant chord is like leaving home to go on a journey (“…where I was born…”), the dominant chord is like arriving at your destination (“…lived a man…”) and then you might go home again back to the tonic (“…who sailed to sea.”).

Maybe my ear is bad, but little of “Heroes” makes sense when analysed in this fashion. There’s nothing that sounds like home, or a journey, or a destination. Notes swirl like squid ink, sometimes coagulating into chords, more often becoming pure texture. Even interesting. The album’s explorative nature is irresistable, even when it leaves the listener behind.

“V-2 Schneider” opens with air-tattered wailing, reminiscent of London during the blitz. The V-2s (German “Vergeltungswaffe”, “Retribution Weapon”) were long-range ballistic missiles, fired across the English channel at London, where they killed an average of two limeys per missile. The other side of the story was the 12,000 forced laborers who died in the production of the missiles. As with many purported Nazi superweapons, the V-2 was far more lethal to its builders than its targets. “Schneider” is “Florian Schneider-Esleben”, one of the founders of Kraftwerk: Bowie finally removed the letter c from his covert krautrock borrowings, making them overt.

“Sense of Doubt” is very dark, featuring a piano microphoned so that every note cleaves space with the power of an axe. A glittering synth line is introduced, as black as polished anthracite. I assumed this was Brian Eno’s work, but the song credits only Bowie. Much of the Berlin trilogy’s instrumental work was creating through procedural experimentation – the composer(s) drawing a card with instructions on it (“Use an unacceptable color”) and trying to attach a song to that scaffold. This isn’t unlike the process used by the Oulipo group to write books – although the Oulipists have yet to produce their Berlin Trilogy.

Traces of life stir in the shadow of this track. “Neukoln” is Bowie going “hey, remember when I used to play the saxophone?” and pairing it with yet more brutalist sonic architecture. His expressiveness seems like a plant weaving through cracked concrete.

The pattern of songs/ambience was used before in Low, which is part of why I prefer it. Even at its best, “Heroes” is retracing his own path, not forging a new one. The only difference is the final track, “The Secret Life of Arabia”, which is actually a song again. Maybe there is a journey to “Heroes”, but instead of in the chords, it’s in the songs. But there’s no sense of home when you follow those twinkling stars, just oddness and neurotic experiments. Or has home changed while you were away?