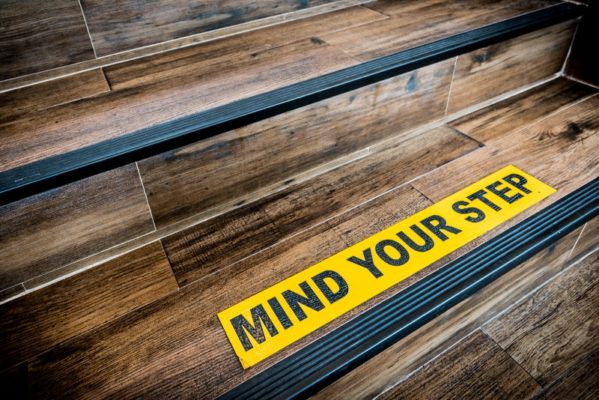 You’ve heard about this, or will: James Gunn was dismissed from the production of Guardians of the Galaxy 3.

First, condolences. I don’t often talk about this, but I was fired from a multi-million dollar movie production too. To get technical, I was “fired” in the sense of never being hired for one, but still, the wound is fresh.

What led to his firing? Some tweets, years old. Some are innocent, their context snipped away by sélecteur Mike Cernovich (a far right figure who apparently wanted Gunn fired). A couple were clearly jokes.

This scandal has provoked opinions, most of them bad. So far, nearly everything I’ve read about the firing of James Gunn is united in missing the mark.

“Why joke about that sort of stuff?” Why not joke about it? People joke about all manner of things. “It’s offensive!” Thank you, @JudenGrinderPepe1488, for being the voice of moral guidance we sorely need. “It trivializes pedophilia!” No, it doesn’t, dumbshit. It’s transgressive humor, which means it relies on shock and outrage. If pedophilia is trivial, the joke does not work.

I realise that many people don’t find Gunn’s humor funny, and don’t comprehend how anyone could. Let me attempt an explanation: when you joke about pedophilia, the goal is not to get a laugh but to provoke a shocked “ew!” response in your audience, which is isomorphic to humor in the minds of some people. In the same way, people eat chili peppers, not because capsaicinoids taste great, but because the burning sensation on your tongue is pleasurable. Maybe you don’t find it funny. This is because you’re trying to read a language without the necessary vocabulary. I think jazz is unlistenable, but this isn’t jazz’s fault: I’ve been trained to process music in certain ways that, unfortunately, have welded my brain shut to Miles Davis and Thelonious Monk. Your sense of humor was shaped by things, too, and when you judge something as unfunny, it judges you back.

You should still understand that firing people for jokes is wrong. After all, someday a person with power won’t understand one of your jokes.

But there’s an even more annoying sentiment being expressed, mostly from the political left. They are attempting to finesse some sort of culture war story where where unprincipled right wing conservatives are getting leftists fired in bad faith, something that would never happen in reverese because only the left has standards and decency and honor and (heavy breathing commences).

This narrative collapses under five minutes of investigation, but that isn’t the point. Cernovich did not fire Gunn. He does not own Disney, is not on their board of directors, and has no power over them whatsoever.

Twitter’s remedy is “don’t pay attention to trolls like Cernovich”, which isn’t a solution at all. Bad faith actors are everywhere, and someone else will pull the same stunt tomorrow. Playing whack a mole with individuals is a waste of time in an ecosystem this vast: and Gunn-esque firings will continue to happen until we think systemically.

This requires a sidetrack into another topic: computer viruses.

In my lifetime, I have seen an interesting shift in who we blame for viruses on the internet.

In the 90s, we blamed the creator of the virus. When your computer got infected, you felt personally slighted, as if hax0rkid69 did the equivalent of leaving a bag of flaming shit on your front porch.

In the 00s, a shift happened, and we blamed the user. It was grandma’s fault for not recognizing that the .jpg had a hidden .exe at the end of it. Partly it was the fact that the era of personal “you got pwned by hax0rkid69!” attacks were over. Viruses relatively bland and anonymous, as if they’d achieved sentience and were programming themselves, and most had goals of marketing or theft rather than blind destruction. Mostly, it was learned helplessness. There were so many that trying to drop the hammer on individual virus creators was futile. The only way to stop them was for grandma to learn how to use her damned computer.

Now, we blame the system.

Scott Alexander recently commented that Apple’s MacOS contains an autocorrect that works on medical terms (such as changing “duloxetine” to “fluoxetine”). Apple fans arrived to point out that this can be very easily switched off…and the backlash was amazing, and inspiring. It’s not the responsibility of several million end users to navigate around Apple’s potentially life-threatening incompetence. The responsibility rests with the creators of the system. What makes more sense, solving a problem in O(n) or O(1) time?

This is an evolution of thought that should be applied to bad-faith actors getting their political opponents fired. Blaming Cernovich is bass-ackwards – the equivalent of getting mad at a script kiddie who infected your computer. Blaming Gunn is equally counterproductive. He would still have his job if he hadn’t sent those tweets, but he couldn’t have known those tweets would cost him his job when he sent them, just as grandma can’t reasonably be expected to check her emails for .exe attachments. Additionally, “those tweets were unacceptable but James Gunn deserves a second chance!” is a subcategory of “blaming Gunn”.

The only people handling this correctly are the ones blaming the big mouse.

Gunn had the misfortune to work in a system that is both increasingly risk averse and sensitive to PR scandals. This isn’t unreasonable: PR scandals are one of the few things a big corporation cannot control. Fortunately, there’s a ready solution: make it so that firing people for Twitter jokes leads to an even bigger PR scandal. That’s a risk companies need to be even more averse to.