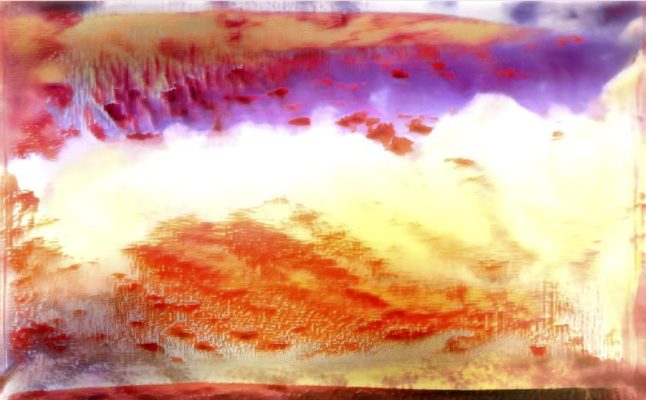 The post office is useless. They won’t mail ANY of my letters. They’re all like “please address them correctly” and “please include a stamp” and “please take the bombs out”. Christ. I don’t expect MENSA-level logic skills from the post office but what’s the point of sending letter bombs that don’t have bombs, you idiots?

End topic, start of new topic. “Waterboarding at Guantanamo Bay” sounds fun to a child but scary to an adult. Conversely, “the doctor will take your pulse” sounds innocuous to an adult but terrifying to a child. “T…take my pulse? Will I get it back?” As adults, we know what this means: the doctor is hungry and needs a starchy, calorie-filled legume such as a bean or a peanut to sustain his labors. Just one. Sometimes one is all it takes.

End/start. Once it was accepted wisdom in psychology that having a little of something brings you more happiness than having a lot (but not all) of the same something.

Put another way, having a single slice of pie will make you happier than having an entire pie with a single missing slice.

This is based on a study of Olympic athletes. It found that – although the gold medalist the happiest man on the podium – the bronze medalist is happier than the silver medalist.

It’s easy speculate why. The bronze medalist is just glad that they medaled, while the silver medalist is stewing over how they barely missed the gold.

I read the study and it disappointed me. I doubt it will survive the replication crisis. They didn’t have any way of measuring athlete happiness, they had evaluators watch videos of athletes standing on a podium, and asked them to rate the happiness on their faces. How could this generate valid results? Some athletes are from countries with a cultural norm against smiling, other athletes are plastering fake smiles on their faces so they don’t get executed by firing squad back in Allfuckedupistan, there’s no way you can control for all the variables, how do we know people can accurately judge happiness by looking at videos, and so on.

Could this be a good way of judging a person’s happiness? Obviously a single person’s estimation of another’s happiness will likely be wrong, but if you averaged the estimates of a hundred people who have just seen someone experience indeniably joyous event (such as seeing the number 6 and 9 appear on their grocery bill)…how accurately will this match the happy person’s own assessment of their mental state?

Could it actually be more accurate? Do other people know us better than we know ourselves?

It’s not impossible. Happiness is an emotional state with a biological basis (serotonin, and so on). But we can never directly report on this emotional state – we only have access to a memory of said state – even if that memory is only half a second old. And memories are notoriously inaccurate. Maybe I’ll remember a time as being happy it was actually sad. A larger population pool will remove this source of bias.

It’s not unreasonable that a crowd would understand an athlete’s emotions as well or better than the athlete themselves. The athlete is probably in a state of shock, vaguely aware of chemicals rushing through their body and not much else. Only later can they look back on the moment, replay the memory in their mind’s eye, and feel the happiness that in media res denied them. Perhaps they won’t feel happy at all – it was a hollow victory. I never talk about this but I won a gold medal once. No, I’m sorry. Bought. I bought a gold medal. It was at a store. It melted and went sticky. I’m reluctant to question the wisdom of the Olympics committee, and I know they have to cut costs, but why do they fill the insides of those things with chocolate?

In 1936, John Maynard Keynes wrote about a competition in which…

the competitors have to pick out the six prettiest faces from a hundred photographs, the prize being awarded to the competitor whose choice most nearly corresponds to the average preferences of the competitors as a whole; so that each competitor has to pick, not those faces which he himself finds prettiest, but those which he thinks likeliest to catch the fancy of the other competitors, all of whom are looking at the problem from the same point of view. It is not a case of choosing those which, to the best of one’s judgment, are really the prettiest, nor even those which average opinion genuinely thinks the prettiest. We have reached the third degree where we devote our intelligences to anticipating what average opinion expects the average opinion to be.

This competition was the stock market.

You’re judging the judgement of the prettiest woman. Except you’re not even really doing that, you’re judging the judgement of the judgment of the prettiest woman. And so on, ad nauseam. It’s not about the woman. It’s not even about the men. It’s about the system. A system that sprawls and grows the more its utilized, additional feedback back-propagating in, requiring additional epicycles. You have to find the Schelling point. The magic area of stability. But once people know where the Schelling point is, it disappears and reappears somewhere else.

In the stock market, it is of no intrinsic value that an investment is sound. Everything depends on the opinion of other buyers, who in turn are watching the opinion of still others. This is how a “pump” happens. Some people think a stock’s going to the moon, they plow money into it, the buying is interpreted by other people as a sign of success, and so on. The stock ends up valued far higher than it’s worth (infinitely higher, if the stock is worth zero), but then it implodes back to the X intercept and you end up typing incoherent rationalizations on a forum while misspelling the world “hold”.

Maybe this is why some people like Marxism, which (by way of Adam Smith) escapes the whole game by asserting that value is an objective quantity. The price of a commodity, to a classical Marxist, is determined by the amount of labor that went into it.

This provides the theoretical bulwarks for large chunks of Marxist thought, such as exploitation. If a pair of shoes is worth the labor that goes into making them, how does the boss of the shoe factory have profit left for himself after paying his workers? The answer, to Karl Marx, is that the boss is ripping off his workers. Underpaying them.

I don’t think that’s right, though. Labor affects the value of a commodity, but so do other things.

And which would you prefer: a dollar in a Swiss bank account, or a dollar lying in plain view at Central Station, NY? The dollar in the bank account, because it’s far less likely to be stolen. The security of money changes its value.

When would you prefer to have a dollar: when your rent is short by $1, or when you’ve just won the lottery? Obviously the former. The amount of money you already have changes how much you value additional money.

I don’t know if Marxists consider money to be a commodity (probably not), but the logic above applies to any sort of valuable thing – shoes, food, etc. It seems that value is subjective. The Labor Theory of Value is about as sensible as an Atomic Theory of Value that proposes items be priced by their number of hydrogen atoms. Yes, atoms are an important part of items, as is labor. But that’s not all there is to know about them. Nor is it a sane bridge to establishing a Schelling Point such as price.

Value can appear out of nowhere at any time. So can entire concepts and worlds. A question: when did oil first appear? A few hundred million years back, when some dinosaurs died or something?

In a real sense, oil was created in 1872, when the internal combustion engine was invented. Yes, it existed before, but it wasn’t oil. It was something else. It was worthless sludge that seeped and bubbled out of the ground. It had no intrinsic value, until suddenly it did in 1872, thanks to human ingenuity. (I’m smoothing off some historical rough edges, ie the ancient Chinese apparently made some use of petroleum.).

We redefined a waste product into the most valuable commodity in the world, and it wasn’t even that difficult. It might happen again. Knowledge without theory is just a pile of facts. Light. Noise. Waves. Amplitude. The air around us creaks and sunders before the weight of information pouring across its manifolds. What schemas will we uncover next?

End paragraph. I like the way keyboards work. When I run out of steam or say something embarrassing, I can just hit ENTER and it’s like I’m free from the past, free to make better choices. At any point I can scythe an unproductive topic remorselessly and start afresh with a new better one. Such as this one. I like you, new topic. You won’t let me down. I’m also stroking my scythe.