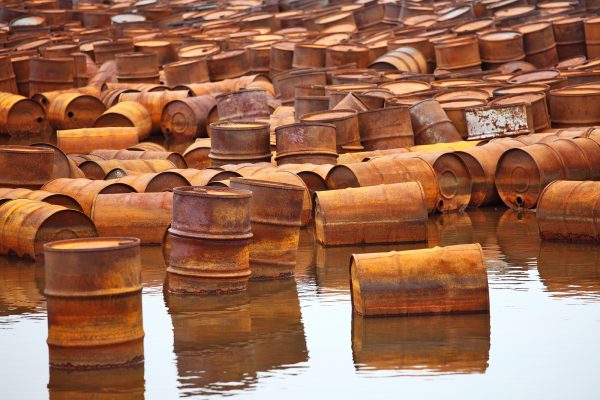 In movies and shows from the 50s/60s, the standard handwavium explanation for how the superhero got his powers was “nuclear radiation”. Around 2000, it became “genetic engineering”. But in the 80s and 90s, it was “vat of toxic waste.”

As a kid, I kind of assumed that there were barrels of green goo lying around all over the place, and that if I fell into one my life would radically change. I probably wasn’t wrong.

The “green goo” trope is found everywhere, from The Killing Joke to The Toxic Avenger to CHUD. It even worked its way to children’s shows like Teenage Mutant Ninja Turtles and The Secret Life of Alex Mack. Pick three random Goosebumps titles: at least one will have green goo on the cover. Nickelodeon game shows traditionally ended with the loser getting “slimed”. The most cliche’d videogame baddie – facing stiff competition from the Spider(tm), the Bat(tm), and the Skeleton(tm) – was the Sentient Pile of Green Slime(c)(tm)(r).

Usually we weren’t told what the green goo actually was. Medical waste? Phlegm? Minced-up Dubliners? The true answer was always “a barrel full of glowing green Plot Device”, and attempts to be more specific always backfired. Andy Sidaris’s 1987 shlockfest Hard Ticket to Hawaii involved a snake “infected with deadly toxins from cancer-infested rats.” That’s a real line from the movie.

In truth, if you see a barrel of green chemical waste, it’s probably hexavalent chromium.

Also, you now have cancer. 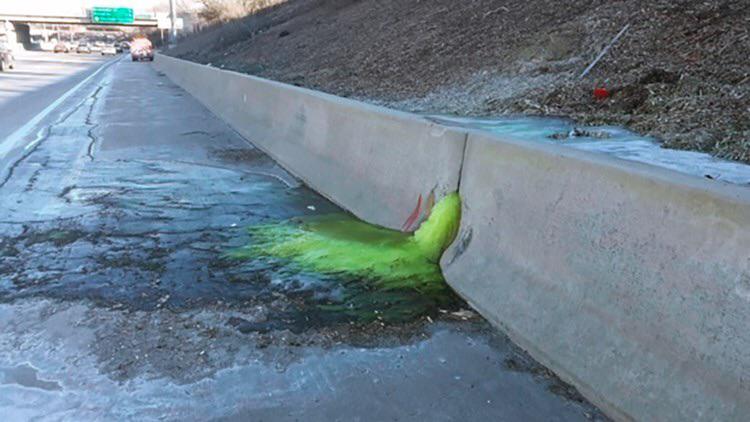 Hexavalent chromium is one of the worst substances on Earth. It’s toxic and carcinogenic in almost any quantity, and through any route of absorption. You cannot drink it, breathe it, or get it on your skin. It causes blindness, asthma and cancer; ulcerates mucus membranes and skin; and damages germline DNA, so have fun reproducing.

A common gag in cartoons is that the supervillain throws the hero into a laughably overkill deathtrap (like a lake of boiling lava filled with spikes and flame-retardant sharks). Hexavalent chromium is the chemical version of that deathtrap: no matter how dead you are, you are still not dead enough for chromium-6.

From the British Health and Safety Executive:

Chromium (VI) can enter the body by:

Single exposure to hexavalent chromium compounds can cause:

Repeated exposure to hexavalent chromium compounds can cause:

I don’t recommend bathing in hexavalent chromium. Consider using one of the many other fine elements on the periodic table instead (like lead or mercury). The HSE fact sheet doesn’t say whether you can boof hexavalent chromium, but that’s likely a bad idea too.

Chemically, it’s chromium in a highly oxidized +6 valence state. Its highly reactive nature makes it helpful for certain industrial applications, such as electroplating, anodising, and dye production. It can be alloyed with steel to increase its hardness. Mixed with sulphuric acid, it’s a powerful cleansing agent, but disposal of hexavalent chromium is so difficult that it’s typically not used for this purpose.

The aerospace sector is a big consumer of the stuff, proving the truth of the aviator’s aphorism: “if it’s good for the airplane, it’s bad for you.” Aluminium by nature corrodes easily, and hexavalent chromium (in conversion coatings and primers) is known as a “sacrificial anode” – essentially, a super-reactive skin that oxidises instead of the aluminium underneath. However, increasing regulations mean that “chrome-free paint” is now something of a selling point.

Everywhere in every industry, hexavalent chromium is being phased out wherever an even slightly viable alternative exists. It used to be far bigger. Tens of thousands of tons of it were manufactured per year in the 80s, and fortunately, many of those tons were disposed of correctly and legally. When they aren’t, things start to read like a Simpsons episode.

JERSEY CITY, N.J. — — Alberta Tillman stepped into her basement one day last November and discovered 1 1/2 feet of water. She flicked on the light and noticed that the water practically glowed a fluorescent yellow-green. Like many residents of this gritty industrial town across the Hudson River from New York City, Tillman learned only recently that, for more than four decades, she, her husband and their neighbors have been living next door to, down the street from or, in some cases, on top of toxic chromium waste.

“We called them chemical mountains,” said Thomas Burke, a Jersey City native and deputy commissioner of the state’s department of health. “I remember as a kid playing on them and jumping on them.” Companies discovered that they could dispose of the chromium slag by using it as landfill and in building foundations. The city and state did not object because chromium residue cost nothing, and state officials marveled at how it killed troublesome rodents.

Hexavalent chromium was the waste at issue in the famous Erin Brockovich case. Due to its extreme horribleness, chromium-6 leaks are associated with immense fines, and corporate decisionmakerrs going to prison. I have a new goal in life, by the way: to not ever be described as the “‘green ooze’ company chief” in a news article.

Incidentally, hexavalent chromium is not really green. It forms compounds that range in hue from lemon-yellow to orange to dark red. When waste is a dramatic neon green color, it usually means that the EPA is tracing a leak.

As a plot device, the green ooze is like radiation and genetic editing: lazy shorthand that says something about our cultural anxieties. But with the reality of hexavalent chromium,

Those Nickelodeon “sliming” shoes always seemed pretty unfair. But believe me. Believe me, you would richly deserve social ostracism. That stuff just isn’t it.