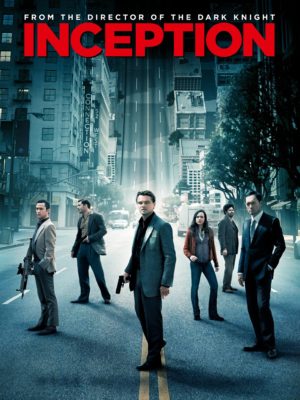 That happened with Inception, which I loved in the theaters but loved less when I left the theaters and have continued to like less until the current date. Now, I wouldn’t say I like it at all.

In the moment, it felt like second coming of the Matrix. Great action scenes, a strong and unified visual theme, a catchy “everything you know is a lie” riff, and so on. The movie casts a potent spell, but once the spectacle is gone, problems appear.

The plot’s basically nothing. Just a guy trying to con his way to a better life, using a “heist” that’s ridiculously roundabout, convoluted, and likely to fail. They get together on a plane and knock out a businessman’s son and hook him up to a dream machine and enter the dream and fake a hijacking inside the dream and put him into a dream inside the dream and plant a seed of doubt inside his mind and then they [insert complications] just to damage his business prospects? Is there no better way? Can’t they arrange a scandal where he’s caught with a hooker or something?

There are scenes where this movie just cheats on its own rules. Limbo is an inescapable hell, which two characters later escape at a moment’s notice. The characters live in a dreamworld where anything is possible and reality can be manipulated like play-doh, but they never take advantage of this. Okay, Arthur kills a dude with a logical paradox, and they may have magicked up some guns at one point, but that’s it.

But plot holes aside, the movie is just a legalistic series of if/then clauses that could be solved by a computer algorithm. All the effort on the part of the viewer comes from figuring out the premise. Once you understand the premise, the movie solves itself, becoming logical in one of the rare times when that’s not a good thing.

Dreams are irrational, aren’t they? Wouldn’t a dream within a dream would be even more irrational? And yet no matter how far down they travel, the same ironclad rules still apply, the same challenges still face them. You get the feeling they could travel down through a hundred levels of the dream and STILL be fighting the same generic guys with generic 21st century firearms in a generic city environment. Seeing them warp the environment and do incredible things in the beginning, and then the rest of the movie is lame James Bond shit…that was REALLY underwhelming. It feels like a meal where the dessert is served first.