Killer Klowns from Kansas on Krack 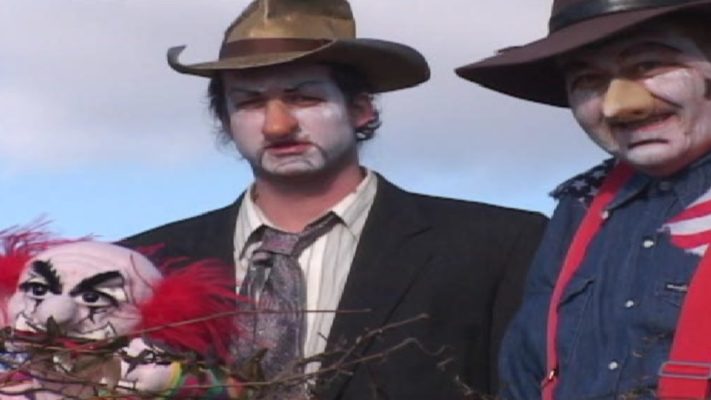 It’s an cruel lottery, becoming famous for being bad. For every Tara Gilesby there’s a twenty year old woman scrubbing the internet of her thirteen year old self’s Dramione mpreg femslash drabblefic, praying none of its readers made a copy. For every Cats there’s a very real tortoiseshell positioning its anus uncomfortably close to my face as I type this. And for every Neil Breen there’s a Charles E Cullen, who directs loosely-described “movies” that inflict accurately-described “brain bleeds”.

Killer Klowns from Kansas on Krack is about two unemployed clowns who get hooked on crack, kill people, and live in Kansas. You have to go into this movie with the right expectations. Does it have the biggest budget or the best actors? No. But is it a blast of campy B-movie fun, made with enthusiasm, passion, and heart? Also no.

Everything about it is wrong, even the title. Killer Klowns on Krack would have been dumb but punchy; adding from Kansas makes it too wordy and ruins the pun. There’s no organization called the KKKK. Cullen apparently believes that titles are funnier with four Ks than three Ks.

KKfKoK is filmed on a consumer-grade hand-held camera by a person who’s clearly drunk, although no drunker than you’d have to be to watch it. It’s very much a shoot-using-whatever’s-lying-around kind of film, with production values six levels below “indie movie”, and one level above “two kids making a movie in an afternoon”. It looks incredibly cheap. Kudos to the coin from behind a sofa cushion for financing the film, the year 1994 for providing the video editing software, and Cullen’s film school degree for not existing.

It’s never clear what parts of Killer Klowns are supposed to be bad. When the camera skews queasily, is this a Dutch Angle, or did the director’s hand slip? When the footage cuts to black and white for no reason, is this the director’s attempt at mood, or did he accidentally punch the B&W button on his camcorder?

Cullen has talents aside from directing. For example, he’s also a puppeteer. I guess? I’m not sure I want to understand what this thing is, but I believe it’s a puppet. 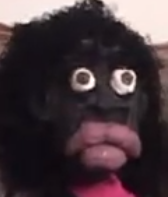 But wait, there’s less! Cullen’s also a musician. His metier is soulfully-sung country, as shown in the song “Fading Into The Light”. “Corndogs for breakfast / Tuna for supper / Boredom at sundown / Pepsi with uppers.” I hope you enjoy this song, because it drowns out the dialog whenever it appears, which is about seventeen or eighteen times.

Despite his obvious talents, Cullen flies too close to the sun near the end, which involve extended shootouts between krack-addicted klowns and the bounty hunter hired to kill them. It’s just a confusing pileup of people flopping around on the ground for no reason and firing shotguns one-handedly.

Here he’s clearly trying to make a bad movie, and that’s boring. Anyone can make trash: the secret to a successful bad movie is to make trash without intending to. The Room isn’t funny because of “you’re tearing me apart, Lisa!“, it’s funny because that line was meant to hit emotional paydirt. That critical lack of self-awareness is often missing from Killer Klowns.

My favorite bits are the accidental mistakes. One subplot involves a sleazy cult leader making cold calls and scamming people. But we see his computer screen…and it’s 9:52PM. That one moment – a cold-call marketer drumming up business at two hours before midnight – made me laugh harder than all the deliberately crappy special effects combined.

Cullen’s not famous – yet. The world’s not ready for his genius. One day, when he achieves mass success and is being watched by millions of people, I will be there to bask in the glory, because I believed in him. I have a sneaking suspicion that the “millions of people” will be primetime news viewers and his name will be followed by those of the 20-25 people who were in AR-15 range when he finally snapped, but still.

I highly recommend Killer Klowns. It’s not really an ironic bad movie. It’s more an audiovisual experience for when you don’t want to put any effort into watching a film but still want to experience pixels floating on a screen as your brain shuts down. It’s a 2:00am movie, in other words. I like to stay up late, playing this on repeat. My lower lip hanging slack, drooling. My mind completely blank of any thought. It’s hard to explain, but when I enter this state I almost feel like I’ve achieved a psychic oneness with the people who made it.