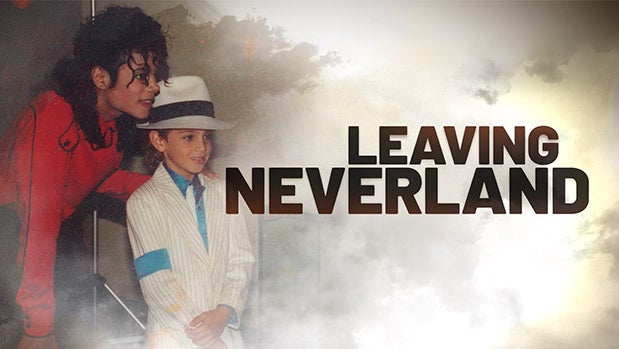 This HBO documentary has enough creepy moments that it’s hard for a single one to stand out.

But imagine that your kid brother is living a real-life fairytale: he’s pals with the world’s biggest music star, hanging out at the guy’s mansion, eating ice-cream and playing videogames with him, hearing secrets worthy of Vanity Fair. It sounds unbelievable, like a tale from the playground’s biggest bullshitter (“I’m going steady with Miss America! No, you can’t meet her, she goes to another school!”) but this is actually happening to your brother. It’s enough to make you believe in magic.

Years later, you turn on the TV: a child like your younger brother is accusing the pop star of abusing him.

Wouldn’t your brain implode? The fairytale is gone, the wondrous years written over with a new and sinister context. Was this happening to your younger brother, all that time? Those holidays and fun-park rides and sleepovers…were they camouflage for this?

That’s the situation the brother of Wade Robson (one of this documentary’s two subjects, with the other being James Safechuck) found himself in 1993. It’s emblematic of how the Michael Jackson story has ended: too good to be true. I’ve heard alcohol described as a way of robbing happiness from tomorrow. Michael Jackson was cultural alcohol: the past was fun; but now the hangover has arrived. Although MJ may have also removed happiness from some peoples’ present, too.

I grew up in the 90s, when he seemed terrifying: a raceless, genderless skeleton with bleached skin and a face crafted from paper mache. I thought it was funny when they called him a “sex symbol”. For whom? Department store mannequins?

Had I grown up in the 80s I might have had different memories: the impossibly talented vocal ninja who (along with Quincy Jones) created large parts of the 80s as they are now remembered.

But even at the height of his career there was something strange about Michael, as though every camera was looking straight through him, missing large parts of the truth. In 1984 he swept up eight Grammy awards for Thriller (which had sold thirty-four million copies in twenty months), and was accompanied at the awards ceremony by Brooke Shields, then one of the most desirable women on the planet. He spent the evening ignoring her in favor of twelve-year-old Emmanuel Lewis, who sat on his lap.

Things deteriorated after Jones left his life. In the nineties he gained a reputation as a gifted but eccentric and even faintly sinister man – Howard Hughes with a surgically reconstructed nose. The tabloids (sensing skeletons in the Neverland closet) aggressively hounded him, and this became the narrative upheld by fans to this day: poor Michael Jackson, harassed by the media. Can’t they just leave him alone? If Leaving Neverland is true, the media didn’t chase him nearly hard enough.

It’s a documentary about narratives that are not exactly false or true but blends of the two: it doesn’t hide (for example) the fact that Safechuck and Robson testified that Michael Jackson never touched them during the 1993 Jim Chandler trial. However, it sets this in the context that they’d each been Michael’s favorite and they each wanted to be his favorite again. They wanted his approval, his love, and so when Michael told them what to say, they said it.

The documentary runs for four long hours. There’s a lot of biographical detail on two people you’ve probably never heard of unless you’re a hardcore Jacko defender with his entire legal saga pinned on the wall with red tape (in which case your opinions about Safechuck and Robson are probably negative). At first the homespun folksy stories of S&R’s childhoods seem pointless, but they quickly prove their worth: Jackson is such a massive figure that it’s easy for everyone in his orbit to seem like a 2D cutouts, as inhuman as the dancing zombies in “Thriller”. The director wants to make the accusers seem like people you know.

It worked. I believe them: their stories sound credible and are backed by a decent amount of evidence. Misremembering a date or a location is typical when twenty five years have passed. So is feeling affection for one’s molester.

The truth, as near as I can tell, is that Michael Jackson was probably a pedophile and his defenders were wrong. Their webpages and blog posts and Facebook groups (“TOP 10 PROVEN SAFECHUCK LIES!!! #MJINNOCENT”) are barricades built to defend an imaginary man who lives in their heads and nowhere else.

Where does that leave Michael Jackson in the year 2020? Is he “cancelled”? Is that even possible? There’s a psychological term called “splitting” – an inability to view people as having both good and bad sides. Michael’s strongest defenders clearly love his music, and certain aspects of his personality (philanthropy, generosity, etc) inspired them. Claims that he molested children represent a threat to that image of Michael – their Michael – and so they argue themselves into logical pretzels defending him.

It doesn’t have to be that way. You can still enjoy Michael’s music (and be inspired by the positive sides to his character) without retreating into solipsistic delusion. Michael was always good at making people become better versions of themselves, and we become better when we embrace the truth. Watch Finding Neverland and let Michael Jackson change your life one final time.