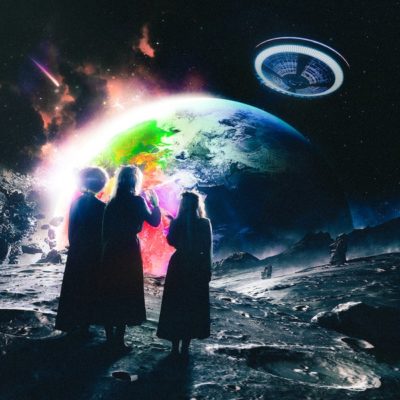 Imagine there’s a wall, right in front of you. It has always been there. You can’t walk or see through it. Other people pass through easily. The wall only exists for you.

My wall is hip hop. The condition amusia stops people from enjoying music. I may have selective amusia for hip hop. It’s not that I dislike it or find it annoying; my brain doesn’t recognise it as music. Listening to Lil Uzi Vert’s much-hyped Eternal Atake felt like reading Egyptian hieroglyphics and seeing birds and snakes and ears of grain: I have understanding, but it’s of the wrong sort and won’t let me decode the language. I have ample exposure to hip-hop: I’ve been listening to it unwillingly through car windows and gym PAs and TV shows for nearly thirty years. I should get it by now, and the fact that I still don’t makes me feel disabled.

I don’t have opinions on this album, I have questions, many of them stupid.

1) What’s the appeal of listening to someone else brag about owning things? Rap aficionados always defend this as rags-to-riches storytelling, but most rap isn’t about striving to be rich, it’s about simply being rich. The first song (and the second, and the third) reduces to”I drive a cool car”. So what? Where’s the struggle? Uzi could have gotten that Mercedes-Benz from his dad, for all I know.

2) Why do all rappers now have “Lil” in their name? My understanding is that the ubiquitous rap cognomen was once “Big” (Big Daddy Kane, the Notorious BIG, Big Boi) and now it’s “Little” (Lil Yachty, Lil Peep, Lil Peep). When did this shift occur? Is Biggie Smalls the transitional fossil?

3) Why are so many of these “Lil” rappers actually…not Lil? Lil Yachty is 1.8m tall. Lil Peep was 1.85 m tall. Lil Uzi Vert is just 1.63m, but he’s built like an NPC bodybuilder. Are they “Lil” in the sense of being young and hungry? What will they do when they turn 40 or 50? Don’t they think they’ll live that long?

4) Should these albums come with a glossary for idiot white people? At one point Uzi says “Man, she asked for some racks” and I thought his girlfriend was asking for breast implants in the weirdest way possible. Actually, a rack is a thousand dollars.

5) Why are the most memorable parts of rap always borrowed from things that aren’t rap? The “hit” of Eternal Atake is “That Way”, which samples the vocal hook of “I Want it That Way”. I won’t say Uzi just steals the chorus of a Backstreet Boys song – he interpolates it in a fairly creative way – but it’s still not exactly is. Samples can enhance a song, but when the only interesting thing about a song is its samples, shouldn’t you just listen to the original track?

6) Is this what growing old feels like? The years becoming a slow-acting acid that melts away my eyes and ears and nose, gradually destroying any connection to current culture? Locking me inside my head, until all I can do is look inwards? The older I become, the more I remember the past. And the more time I spend in the present, the less time it spends in me.