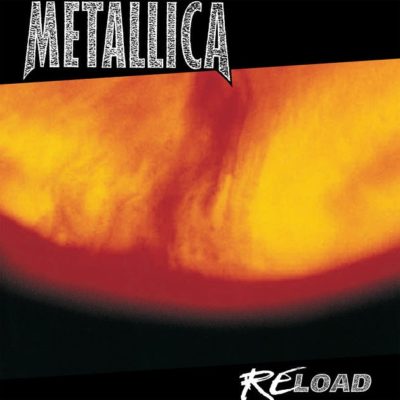 An album full of tracks that weren’t deemed good enough for Load: it’s much better than that one was, needless to say. “Fuel” has some semblance of energy, although the guitars sound badly intonated. “The Memory Remains” has a solid set of melodic hooks. “Devil’s Dance” is actually a heavy metal song, although drawn from the Black Sabbath model rather than Slayer or Diamond Head. Every band at some point rips off the massive crawling bass riff from “Heaven and Hell”, and here’s Metallica’s turn. “The Unforgiven II” is very long but is ultimately the album standout, developing nicely and containing a good vocal performance for once.

Although the first half of ReLoad would be a good album if it came from a different band (I can’t disentangle it from the superior early Metallica), the rest of the album’s just filler. Seek ye not good music in this wasteland. The band themselves have probably forgotten that “Slither”, “Crappy Diem Baby”, “Prince Charming”, etc exist.

“Low Man’s Lyric” is a folk/country experiment that’s memorable in all sorts of wrong ways. It runs seven and a half minutes, contains one of the most annoying choruses ever raped into plastic, and features a hurdy-gurdy: an instrument I was happily unaware of until now. Stephen King’s book Hearts in Atlantis contains a digression on the traits of “low men” – they wear hats with feathers in them, whistle at women in the street, and so on. A trait he forgot to mention: they write songs with a hurdy-gurdy part. “Fixxxer” is another long one about Hetfield’s parental issues that isn’t particularly worth listening to.

The good: combine the good songs from Load and ReLoad, and you’d have an alright Spin Doctors album. The bad: re-read the last sentence.