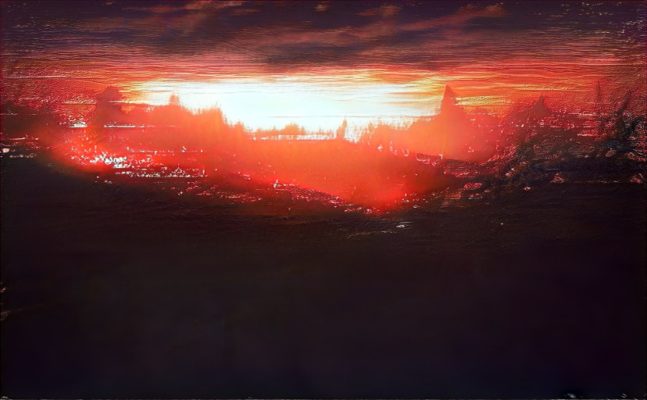 If a radio began playing “We Built This City” I would stop performing CPR on my dying child to turn it off. It truly is the worst song in the world.

However, I have to defend it on something. A lot of people are confused by the line “Marconi plays the mamba, listen to the radio.”

“Who is Marconi? And what is the mamba?” asks Marks. […] “The mamba is the deadliest snake in the world, so he must have meant the mambo, but it sounds so much like ‘mamba’ that every lyric web site writes it that way. It makes sense neither way.”[1]“We built this city on detestable lyrics”. The Sydney Morning Herald. April 27, 2004. Via Internet Archive.

It’s definitely mamba. Snakes are associated with deception and trickery, and Marconi (the inventor of radio) is used here as a metonym for the music industry. The song is saying “the biz is full of snakes, and just listen to the radio if you want proof!”

I’ll allow that it’s an odd lyric. Why a mamba, specifically? I guess Bernie Taupin wanted alliteration with “Marconi”, so he found an encyclopedia of venomous snakes and went to the M section. But the Venn diagram of people who know who Guglielmo Marconi is, know what a mamba is, and are sufficiently suicidal to listen to “We Built This City” is probably quite small, and the word “play” next to “radio” throws your mind down the wrong path – you’re imagining a record playing, not Taupin’s intended sense of “playing a role”.

Believe it or not, it’s actually one of the less incomprehensible lines in the song!

It’s just another Sunday
In a tired old street
Police have got the choke hold (oh)
Then we just lost the beat
Who counts the money underneath the bar?
Who writes the wrecking ball into our guitars?
Don’t tell us you need us ’cause we’re just simple fools
Looking for America, coming through your schools

In honor of “We Built This City”, I wrote a piece of music that turned out pretty bad.

It was supposed to be lo-fi hip hop, but I ended up turning it into a glistening cheeseball of a track with percussion that doesn’t fit.

Why did I try to write lo-fi hip-hop, a style I have no interest in? Well, because of a third bad piece of music.

In 1990, thrash metal band Sacred Reich released The American Way on Metal Blade Records.  It’s a typically degenerate late 80s thrash metal effort without any punch or heaviness and vocals +6dBA louder than they should be. It’s not my thing. But the final track is called “31 Flavors”, and it’s an unabashed funk rock song with lyrics encouraging “metal dudes” to broaden their horizons.

I love the Chilis – Freaky, Uplift, Mother’s Milk
Faith No More – Mike Patton’s voice is smooth as silk
Metallica’s music makes me want to rage
Sting’s lyrics have something to say
Jimi Hendrix plays guitar like a no-one else
Black Sabbath – Ozzy’s voice is sick as hell
Prince, Fishbone, NWA
These are the things that I like to play
Mr. Bungle is so very cool
So don’t be an ignorant fool
There’s so much music for you to choose
So don’t just be a metal dude it’s cool fool

Sacred Reich listeners (I doubt that the band has fans) probably thought the whole thing was a joke. But you know, lately I’ve come around to the “31 Flavors” side of things. It’s possible to go too deep into a scene, to the point where you miss out on things. And metal fans are doing a lot of missing out.

Here’s the moment I came to Jesus. Most people know what thrash metal is – old Metallica and the like. But to those in the know there’s lots of categories within thrash, such as tech thrash (Watchtower), blackened thrash (Skeletonwitch), and death thrash (Demolition Hammer). Subgenres become increasingly absurd, with dedicated fans splitting bands with increasingly finer combs.

It’s a style of modern thrash that imitates (and exaggerates) the aesthetics of the classic 80s Bay Area scene. Bright, comic-book cover art. Lyrics about partying. It often has a goofy, kid-friendly aesthetic, and abundant references to 80s/90s pop culture.

Pizza thrash is usually used as an insult. It means you’re a band of 20 year old posers trying to force your way into a scene that died long ago and wouldn’t want you anyway. Lately, we’re even getting ironic pizza thrash bands.

I think it was on my third message board argument about pizza thrash that I had a realization.

I should not know what this is.

The mere fact that I know what pizza thrash is means that I listen to too much metal, and should get my head out of it. There is zero reason why such a minor, stupid classification should occupy real estate in my mind. It’s useless knowledge par excellence. The world’s bigger than you think. Time to get a grasp on a larger piece of it. Thanks, Sacred Reich.