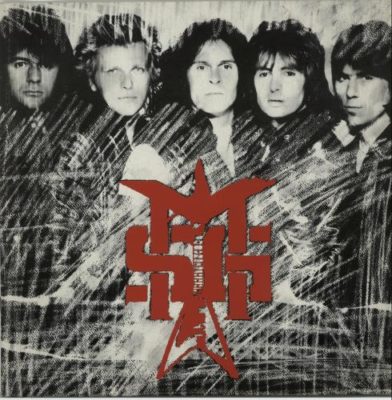 One sign you that you had overbearing egotist parents is that you have “Junior” after your name. Maybe a similar rule applies to rock bands that are titled “[Frontman’s Name] Group”.

Michael Schenker is known for his guitar skills, as well as his turbulent personality. He’s fortunate that he had most of his crack-ups in the days before social media: otherwise he’d be the heavy metal Kanye West: 30% musician, 70% source of amusement.

We’re talking stints in rehab, near homelessness, hunger strikes, feuds with with singers and producers and journalists and his own brother, cancelled tours, and a long list of other bizarre behavior.

Wikipedia advises me that forty-one musicians have played in Michael Schenker Group and have since quit or been fired. Schenker would probably fire himself from his own solo project, were such a thing were possible.

But he’s definitely brilliant. I listened to power metal for years, and one thing I’d always heard was that the style’s guitar playing owes a lot to Schenker. This is correct. There’s a straight line between most of what Schenker plays on this album and Helloween, and in the case of “On and On” – with its harmonized bends and cod-Bach synthesizer lines – it’s not even a line, it’s a dot.

This is one of the best-produced 80s albums I’ve heard, particularly the deep, thudding character of the drums. MSG has a real sense of precision and space in its mix, with everything built on top of each other like layers on a cake. It’s like you can throw a fishing line into the album and find where the vox are, where the guitars are, where the drums are, etc. Listening to MSG is a seriously good time before you even appreciate the notes.

“Ready to Rock” is an okay-ish cock rock anthem. “Attack of the Mad Axeman” seems like more of the same…but then Schenker pulls a drag-chute on the song and turns it into something adventurous and fascinating. His shredding over the final 32 or so bars…you are listening to power metal, at least five years before. Seriously revolutionary stuff.

“On and On” continues down this path, trading ethereal keys for smoldering wah pedal soloing. I’m struggling to think of more hard rock/heavy metal from 1981 that sounds like this. The Michael Schenker Group was an odd band: they didn’t sound out of place on MTV, but on a compositional level they had a quality that nobody else really possessed. Some quality of uncaring naffness and unfocused coolness.

“Let Sleeping Dogs Lie” and “I Want More” are forgettable. “Never Trust a Stranger” is the power ballad, and sounds like Elton John covered by Aerosmith. “Looking for Love” is a burning and agitated uptempo track with some great hooks and guitar moments. The final track is pretty good too, except for when the music drops away and they let Gary Bardem sing unaccompanied. He’s one of those guys who sounds great, but only if he’s located somewhere in a pile of 200 watt Marshall stacks.