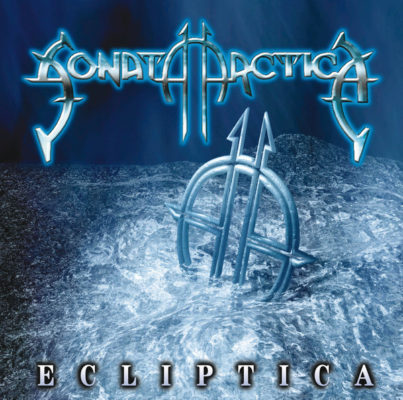 Heavy metal is a temple erected in worship of riffs, which are repetitive melodic or rhythmic figures played on guitar. The greatest bands wield them like mystic incantations: songs like Metallica’s “Orion” and Dark Angel’s “Black Prophecies” have such deep, complex, and interesting guitar work that I hope they’ll never end when I listen to them. But it’s possible to overemphasize the riff, and some fans have an almost fascistic relationship with the guitar’s fretboard, with the “trueness” of metal subgenres increasing linearly with how many riffs they have. Dark Angel’s final album famously came with a sticker advertising 246 riffs,  like an ad for a cable TV package, and some “cult” bands (Vio-Lence comes to mind) are like laboratory exercises in having riffs and nothing else, with vocals, songwriting, production, and so on being left deliberately casual.

But the riff religion has lukewarm worshippers as well as zealots and fanatics. It also has exploiters (I don’t mean that in a bad sense), and flower metal/melodic power metal bands like Sonata Artica are among them. They’re nominally heavy metal, but they simply don’t care about riffs at all, and metal ideals of “trueness” mean nothing to them. I guess you can’t have a temple – musical or literal – without attracting merchants and moneylenders.

Flower metal first emerged in the early 1990s. Right from the start it didn’t fit in – it was centered around a couple of trailblazing bands (most famously Finland’s Stratovarius and Italy’s Rhapsody) rather than a “scene” as such, and took inspiration more from Yngwie Malmsteen, Ritchie Blackmore, and Johann Sebastian Bach than from Black Sabbath. It achieved a degree of commercial popularity (flower metal is extremely catchy, almost comically so) but it was never respectable, either inside or outside the metal genre. After all, it had no riffs.

Sonata Arctica’s Ecliptica is an album I would have mocked 10 years ago, called “Disney metal”, or whatever. Now, I can appreciate what it’s doing. It’s not perfect, but it’s exemplary. If someone’s not sure what melodic power metal sounds like, show them this. It’s very intense, very catchy, not particularly heavy, and is unembarrassed and exuberant about what it is: a wintry storm of consonance and melody.

Fast songs like “Blank File”, “The 8th Commandment”, and “Picturing the Past” are like being in the path of a VTOL jet’s booster engines – they’re just a nonstop blur of notes, propelled by Tommy Portimo’s 16th note double bass drumming (this had already become a flower metal cliche). “Blank File” is probably the best; Tony Kakko would later regret pitching the key that high: he had tremendous trouble hitting those notes live.

“Kingdom for a Heart” and “My Land” are catchy uptempo rockers, anchored by Tony Kakko’s emotional (sometimes histrionic) vocals and loud/soft dynamics. “My Land” has a great moment where a staccato guitar riff cleaves through in the verse, proving that although Sonata Arctica were heresiarchs, they weren’t above occasionally genuflecting to the riff god. Deeper in the album we get “Full Moon”, which has a degree of lyrical storytelling about lycanthropy. This would cement the wolf as Sonata Arctica’s mascot, as much as the pumpkin is Helloween’s and the dragon is Rhapsody’s.

There’s a couple of ballads, which are overripe and hard to listen to. The band was still learning. They barely had any business playing heavy metal to begin with – their earliest demos (under the name Tricky Beans) reveal a kind of new wave sounding pop band. But their singer, Tony Kakko, discovered Stratovarius, and became briefly obsessed: Ecliptica is a forty seven minute Stratovarius tribute album that actually upstages the band he’s paying tribute to. Stratovarius is fast and virtuostic, but stiff and dead. I like some of their songs, but a lot of it just comes off as slabs of glittering plastic. Sonata Arctica has more life and color.

The album tapers off a little at the end, with “Unopened” and “Mary Lou” sounding like rearrangements of “Kingdom for a Heart”, and “Destruction Preventer” doesn’t have the songwriting to carry it to seven plus minutes. It’s as awkward and unengaging as its title. Nice scream, though.

At least 75% of the album is good to great, which – then and now – is an amazing batting average for melodic power metal. It’s an exhausting style to listen to, and an equally exhausting one to play. Many power metal bands eventually burn out or change styles: Edguy became a glam metal band, Nightwish pushed increasingly into film score and folk music, and Helloween became a dollar-store version of the Beatles for a couple of years. But Sonata Arctica changed styles further (and worse) than most, delving into prog rock, glam, ambient, and even quasi metalcore at points. I don’t like them at all now, and for me Ecliptica is one of the saddest things in music: an early peak.