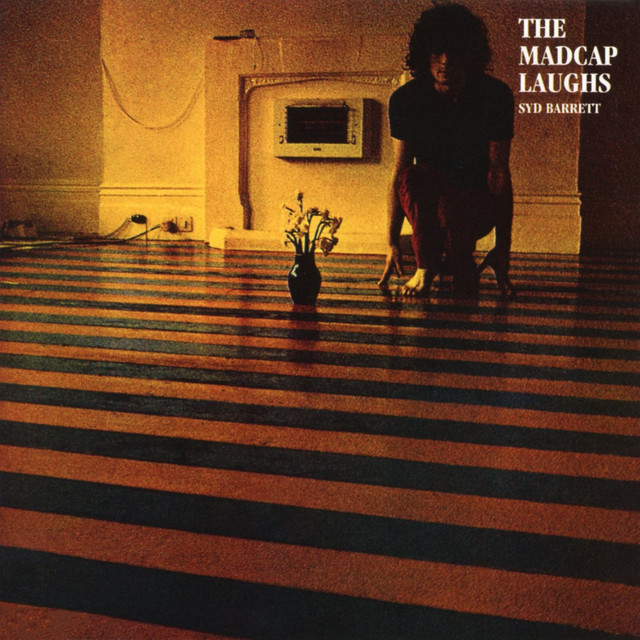 British artist Bryan Charnley suffered from paranoid schizophrenia, and in 1991 he painted a series of seventeen self-portraits while on reduced dosages of antipsychotic medication.

The paintings start out normal but soon become weird; broken eggs, free-floating eyes, red throats yawning in foreheads, twitching spiders’ legs, and so on. Frantic pulses of paint irrigate the canvas like blood from a hummingbird’s slit throat, and the final painting is just a collapsed, anguished vortex of color. Charnley’s notes range from calm descriptions of his methods, to rants about “negroes” disrespecting him and TV broadcasts beamed into his mind, to nothing. He committed suicide later that year.

It comes back to one question: what’s it like to be mad? Is there some way that sane people can understand? You can ask a mad person, but can you trust their answer? Maybe not, because their condition might distort how they express themselves. Think of that American POW in that VC propaganda broadcast, claiming he was being treated well by his captors…with his eyes blinking out T-O-R-T-U-R-E in Morse code.

Maybe art is the answer. A recurrent motif in Charnley’s self-portraits is that his lips are nailed shut: he can’t express himself using words, but could use paint instead. Syd Barrett’s 1970 album (created as he was plunging down the slope of his own mental decline) seems like a fascinating example of “mad” art. What can we learn from him?

The most interesting song is “Octopus”. When Syd yawps “Close our eyes to the octopus ride!” he sounds awake and part of the music, instead of (say) like a man groggily trying to put his socks on over his shoes after a three-day Quaalude binge. The Madcap Laughs is otherwise very basic, and it’s almost incidental that Syd Barrett is on it. It doesn’t offer a window into his troubled soul, or a window into anywhere.

The album’s reputation as an oddball masterpiece preceded it, making me look for depths when there weren’t any there. I misheard “Here I Go’s” as “So now I got all I need / She and I are in love with her greed.” That line caught my ear. Why are you in love with her greed? What does that mean? Then I looked up a lyrics sheet: it’s actually “She and I are in love, it’s agreed.” Even my mondegreens are more interesting than the album.

It’s sad what happened to Syd, and I don’t doubt that this album is all he was capable of, but that doesn’t make it good. It’s just skiffle rock mixed with badly played psychedelia. Unlike the work of The Legendary Stardust Cowboy, or the Shaggs, it wouldn’t be remembered at all if a famous person hadn’t played on it.

We need to rethink the cultural idea that crazy people are gifted or special. The Madcap Laughs makes a compelling (rhetorical, not musical) counterpoint: insanity is just flat-out bad. Maybe you can shine on as a crazy diamond, but you can shine far longer and brighter as a sane one. Sometimes life takes things from us, and gives nothing back.

Robin Williams once said “You’re only given a little spark of madness. You mustn’t lose it.” He was speaking about creative madness: not literal madness. In fact, actual insanity is one of the biggest roadblocks imaginable to getting stuff done. It’s horrible, what happened to Syd, and that medical science wasn’t able to stop it. This album is one of the lesser horrors.