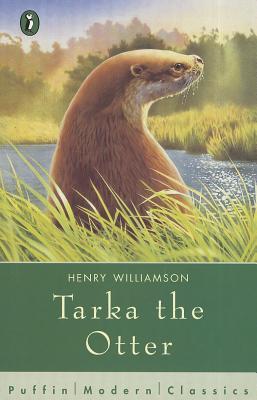 And now we speak of a defining trend in 20th century literature, the Animal Book. They’re earnest and naturalistic accounts of an animal’s life, usually set in rural England.

You can’t push a pendulum without having it swing back the other way, and the industrial revolution (and World War I) also provoked a renewed interest in pastoralism, naturalism, and the simple way of life.

Animals were seen as the noblest savages: unspoiled by civilization. Books about them flooded the market, even as the animals inspiring them became fewer, and were driven to the edge of extinction. It’s as if the books were absorbing the souls of animals falling slain on fen and veldt and savannah. Was this the Victorian English version of mind uploading? “The African elephant is dead, but we have preserved its immortal essence in Babar.”

Nearly everyone tried their hand at at an Animal Book, and soon all the cool ones were taken. Wolves? White Fang. Horses? Black Beauty. Deer? Bambi. Dogs? The Call of the Wild. Tigers? The Jungle Book. Sheep? Who wants to read a book about sheep? The Decennary Brits got greedy and burned through all the good animals in a few short years, Peak Animal occurred around 1930, and now authors are left with options like An Earwig’s Life and Odyssey of the Tardigrade. The future looks bleak for the genre.

Tarka the Otter by Henry Williamson is in the middle of the pack. It’s readable, if not incandescently so, and it’s frequently moving in its evocation of the English countryside. It’s probably the best book you can write about an otter.

The story is simple and not very consequential. Tarka is born in Devonshire, learns to swim, feed, and clean himself, makes some friends, goes on adventures, and battles repeatedly with the hound Deadlock, who has a Terminator-esque fixation upon him.

Tarka dies at the end. Don’t feel bad: he lived a very full life. Animal Book authors were never afraid of downer endings: it’s the circle of life, and so forth. Many of them were almost indecently eager for you to know that the animal dies: this novel’s full title is Tarka the Otter: His Joyful Water-Life and Death in the Country of the Two Rivers.

What will stay with you is the descriptions, which immerse you in sights, scents, and sounds.

Time flowed with the sunlight of the still green place. The summer drakeflies, whose wings were as the most delicate transparent leaves, hatched from their cases on the water and danced over the shadowed surface. Scarlet and blue and emerald dragonflies caught them with rustle and click of bright whirring wings. It was peaceful for the otters in the back-water, ring-rippled with the rises of fish, a waving mirror of trees and the sky, of grey doves among green ash-sprays, of voles nibbling sweet roots on the banks. The moorhen paddling with her first brood croaked from under an arch of streamside hawthorn, where the sun-shafts slanting into the pool lit the old year’s leafdust drifting like smoke underwater. The otter heard every wild sound as she lay unsleeping, thinking of her lost one. The cubs breathed softly, but sometimes their nostrils worked and their legs moved, as though they were running.

The countryside is pretty, but also deadly. The giant otters of South America are apex predators, but European otters such as Tarka are not, and there are a lot of things in Devonshire trying to eat him.

I’ve often felt that the success of Animal Books rely on fear: convincing human readers to be scared of things an animal is scared of. A slithering movement at the water’s edge. An unexpected shadow darkening the sun. Tarka handles this better than most. There’s a vivid scene where otters have to cross a brightly-lit field like soldiers storming an enemy position, hugging shade, because the sunlight will catch on their glossy coats and turn them into a flashing light for predators. Richard Adams’ rabbits have a thousand enemies, but Henry Williamson’s otters have a couple hundred of their own.

By the way, “drakefly” is an archaic term for “mayfly”. The book is written using old and odd words, and my copy includes a dictionary. “Appledrane” is a wasp that has burrowed into an apple. “Oolypuggers” means bulrushes (I’m a bit skeptical that this is a real world – Google has no record of anyone using that word outside of Tarka).“Aerymouse” is a common British bat, and frankly, I rather like that word. Why did we stop calling bats aerymouses?

Also, why Animal Books? This reverence to nature has sinister undertones today, because it reminds of certain parts of fascism (organic state, blood and soil, etc). Tarka the Otter is one of many books that seems to be disappearing from public memory. After I read Henry Williamson’s Wikipedia page (“He had a ‘well-known belief that Hitler was essentially a good man who wanted only to build a new and better Germany.'”) it occurred to me that it’s deliberately being forgotten, and with a quickness.