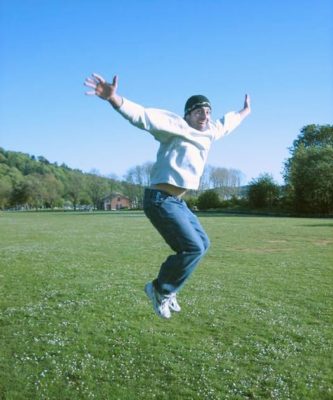 This is a book of nightmares. It can be read online, but should it? You might regret it. It’s up there with “Loving Your Beast” (a zoophile’s guide on how to have sex with your dog) as one of the most excruciating things on the internet.

Who do you love more than anyone else in the world? Think of that person. Now picture being chained to their bloated corpse- forever. What was once my beloved body is now a corpse. I can only describe the feeling it gives me as supernatural revulsion. It’s unthinkable. Flabby, misshapen, atrophied, etiolated. When my legs kick and jerk me around, they seem to me like something indescribably loathsome. Not warm and mammalian or even reptilian. It’s like a crab or a spider. Like the twitching and jerking leg pulled off of a spider. A thing with no soul. Cold and hideous, harrowing, ghoulish. A grotesque, obscene, and hideous thing. It horrifies me and tears at my sanity. Everything inside of me screams to get away from it. How would you feel chained to your beloved’s ghastly, distended corpse? Sometimes when I am around others I feel as if I am struggling not to flinch with tarantulas crawling on my neck in my efforts to hide from everyone the torture I’m enduring.

It began (and ended) with a thread on motorbike forum Adventure Rider. A user with the ominous handle of OZYMANDIAS announced his intent to ride from Seattle to Argentina on a Kawasaki KLR650, his last big hurrah before law school.

He crashed just outside Acapulco, and woke up in a Mexican hospital, unable to move his legs. OZYMANDIAS (real name: Clayton Schwartz) had rolled the dice in the cripple lottery and won T4 paraplegia, meaning his spine was broken below the fourth thoracic vertebrae. Put a finger on the back of your neck, and then walk it down about four inches. Then imagine not using anything below that point – not even the smallest muscle – for the rest of your life.

“I am two arms and a head, attached to two-thirds of a corpse.”

Two Arms and a Head is not a biography but a tortured shriek. It transcends merely uncomfortable and becomes the equivalent of having the contents of a clogged drain oozing down your optical nerves. It’s repulsive and existentially horrifying, like a nonfiction Metamorphosis where Gregor Samsa loses two legs instead of gaining four.

It is not an “inspirational” book…except insofar as it inspires one to never get on a motorcycle. Then it’s the War and Peace of inspirational books.

It’s a wildly successful piece of writing, however, because it accomplishes one of the main goals of the craft: taking an alien experience and making it seem familiar with words. There are things about disability that you’d never think about unless you were there, and Clayton communicates these in unsparing detail.

Losing your body from the armpits down? As bad as that sounds, the reality is worse: Clayton hadn’t lost his body, it’s still there, he just can’t use it. He’s attached to 150 pounds of ballast, a parasitic tumor that makes up 70% of his mass. He repeatedly fantasizes about sawing his useless lower half away. He envies bilateral amputees.

Clayton piles on stomach-turning detail as to how he goes to the bathroom (or shits himself), how he gets into a car (with difficulty), how he deals with with neuropathic pain (he waits for it to stop), etc. He’s a prisoner in his own body. Every activity he used to take for granted is now as mechanically complex as the erection of Stonehenge. Every activity he used to enjoy is now impossible except as a parody of its former self. Going to the beach? That now means sitting on the shore and watching others swim. Building a house? That now means giving advice and passing nails and screws while someone else does the work. Having sex? Denotationally possible, but connotationally not.

The world is designed for the abled. More than that, nature designed us to be abled. He makes a striking analogy: imagine Manhattan was cut in half with a huge saw, and the lower half thrown away. Obviously everyone in lower Manhattan is dead, but upper Manhattan would suffer greatly, too: the fallout from broken power lines, roads to nowhere, destroyed sewage and drainage networks, etc would be colossal. Half a body doesn’t equal half a body, it equals something less, because that half was designed to work as part of a whole.

Most authors from the “disability lit” genre (Nick Vujicic, Sean Stephenson, etc) produce cheerful “I’m disabled and taking life by the balls!” motivational fluff. They’re upbeat, optimistic, accepting of the hand they were dealt, taking each day as it comes, and brimming with peppy slogans. The only disability is a closed mind!

In light of that, it’s genuinely shocking to read a disabled person liken their body to “a living, shitting, pissing, jerking, twitching corpse”. The book’s precis is that disability is a fate worse than death, and that anyone trying to say that this kind of life is worth living is delusionally misguided. He doesn’t want to motivate, just educate. He spends a lot of time kicking disability rights advocates (metaphorically, I mean), who he sees as trying to force a lifestyle – a deathstyle – upon people in his condition, when the most kind thing is euthenasia.

Often there is nothing more unpopular than the truth.  I will not make many friends with this book, but that is my lot in exposing many things people would prefer not to see or know about.

Another difference between this and other disability lit books is that Clayton doesn’t really try to be likeable.

I’m sorry to say that, but it’s true. Sometimes he’s insufferably pretentious. The book opens with a literal preamble that name-drops Bertrand Russell, Soren Kierkegaard, and Friedrich Nietzsche. Then we get an angsty rant about religion that sounds like it’s from an atheist teenager’s Typepad in 2007. “The fawning, sycophantic, unquestioning, swooning, pitiable way so many worship God is enough to make me puke.” A fair amount of the book comes off as one-up-manship over other, less disabled people. “Oh, you think you’re disabled? You have no idea!”

Yes, Clayton was more disabled than some. But less disabled than others. He had some reason to be thankful. He only broke his T4 vertebra. A little higher, and he would have lost his arms as well, then the book would simply be called “Head”, and it would either not exist or be about ten times shorter due to the difficulty of composing.

And quadriplegia would have made it far more difficult for him to enact the final part of the plan. I suppose I should spoil it. Clayton’s case is fairly famous, after all.

This is not a book, but a suicide note. There’s a Wile E Coyote moment when you realise intends to kill himself, where it doesn’t register as real, and then he plunges you off a cliff.

There are things in the final part of the book that I never thought I’d read. He describes the knife entering his stomach in as much detail as he can, which is a lot. Clayton was wrong in the end: his disability did give him something denied to a normal person: he was able to write lucidly about stabbing himself while doing it, without overwhelming or short-circuiting from pain. The book’s final pages are extremely disconcerting: he wavers between nihilism and cheerfulness, sanity and loopiness, and the book simultaneously ends and crashes to a stop.

It’s very rare to see a man’s mental stage fluctuate so nakedly on the page. It reminds me of Louis Wain, who was an artist who drew cats. In his early years, they were naturalistic portraits, and he made a good amount of money selling them as postcards But as schizophrenia took hold of his brain, the cats became twisted and terrifying: resembling owls, monsters, demons. In his final years, they were little more than abstract explosions of light.

…Or so the common story of Louis Wain goes (some art historians now dispute it). But it’s what I thought of as I watched Clayton die: his vocabulary shrinks (or bleeds out), he makes increasingly frequent grammar and punctuation errors, and he becomes preoccupied with the bottom parts of Maslow’s Hierarchy of Needs. He feels hot. He’s sweating. He feels dizzy.  And then…

It’s a grim story, but a true one. And most importantly, it’s one that’s going to happen again. Other people are caught in Clayton’s situation. What can and should be done about them? What are the limits of life we should tell people to accept?

If nothing else, it’s worth remembering Clayton, the man who tried to find a silver lining on a cloud that covered the entire sky.