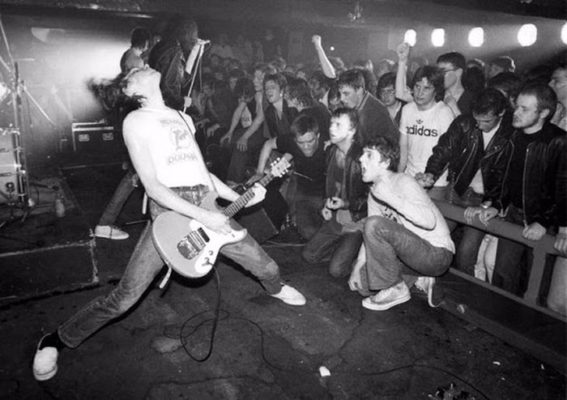 “Paul, a folk-influenced singer-songwriter with ear-length black hair, forms a writing partnership with another man. They are wildly successful in the early 1970s, although sometimes controversial due to their socially transgressive lyrics. Paul’s ego and micromanaging ways drive a rift between the two, causing a breakup. The guitarist is arrested. However, they reconcile before death.”

“A female singer with black hair and acute symbols in her name is born on a cold island in the 1960s. She achieves modest fame as part of a band and greater worldwide success as a solo act. She is noted for overdubbing lots of vocal tracks, often not in English. A psychotic stalker from a Latin country falls in love with her. Events culminate in a suicide attempt.”

(Björk, Enya, Sinead O’Connor, Beyoncé aside from one detail)

“A punk-influenced band with ties to New York features a blonde female bassist and a dark-haired male singer-songwriter. Their relationship fails, and the band splits acrimoniously.”

“A biracial guitar player in a platinum-selling heavy metal band from California is involved in a fatal automobile accident. Nobody involved was wearing a seatbelt. The respective bands have all released a self-titled album, as well as an album cover that’s all-black except for the image of an animal.”

“A UK rock frontman named after a disciple of Jesus forgets to delete his internet search history. Legal problems ensue.”

“A songwriter/producer is renowned for his innovative use of sound. His records thunder with Wagnerian pomposity, and could be likened to a solid wall. The producer is a troubled man, however, and is haunted by demons. As the years pass he is blown like a paper bag into paranoia, mania, and eventually murder.”

[minor cheats: Art Garfunkel didn’t write songs until the 1990s, Peter Paul & Mary had their final #1 hit three months before 1970, a guitarist in KISS was arrested but he was not the same one that the rest applies to, I don’t think D’Arcy Wretzky and Billy Corgan dated, Vince Neil and Chi Cheng played guitar but not in their respective bands, Chi Cheng died years after his accident, it’s a stretch to call Varg Vikernes a producer dot dot dot or a songwriter el oh el]