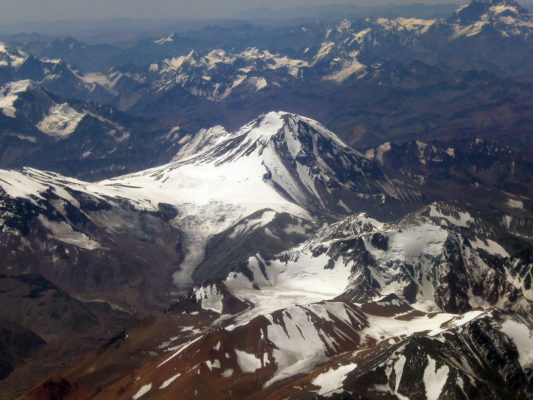 One of aviation’s great mysteries is the disappearance of BSAA Flight CS-59.

Aboard was a cast worthy of an Agatha Christie novel: two businessmen; a Palestinian man rumored to have a diamond stitched into his jacket; a South American sales agent with connections to the Romanian throne; a seventy year old German émigré; and a British civil servant carrying a “diplomatic bag” bound for the UK embassy.[1]“The Star Dust Mystery.” Damn Interesting, 2 Aug. 2015, www.damninteresting.com/the-star-dust-mystery. The plane itself was a sturdy Avro 691 Lancastrian MkIII, capable of 310mph airspeeds and 20,000ft altitudes, piloted by decorated RAF veteran Reginald Cook.

The Chilean air traffic controller didn’t understand the last word, which was neither ATC terminology or a word in any language she recognized. She asked for clarification, and received “STENDEC” twice more.

This was the last transmission ever received from the Star Dust. It did not arrive at Los Cerrillos, and a five-day search uncovered no trace of the missing plane.

The Star Dust‘s disappearance remained a total mystery for fifty years. Theories included aliens, a trans-dimensional rift, aliens, foreign hijacking, and aliens. It became part of “vanished plane” lore along with the Bermuda Triangle – a triangle that seemingly has sixteen points and extends across 80% of the Atlantic Ocean – and (much later) Malaysia Airlines Flight 370.

In 1998, mountaineers climbing Mount Tupungato’s southwest face found wreckage 15,000 feet above sea level. Pieces of metal. Shreds of clothing. A Rolls Royce aircraft engine jutting from the ice. The Star Dust had never come down from the sky. Subsequent expeditions by the Chilean army and air force uncovered more of the wrecked plane. 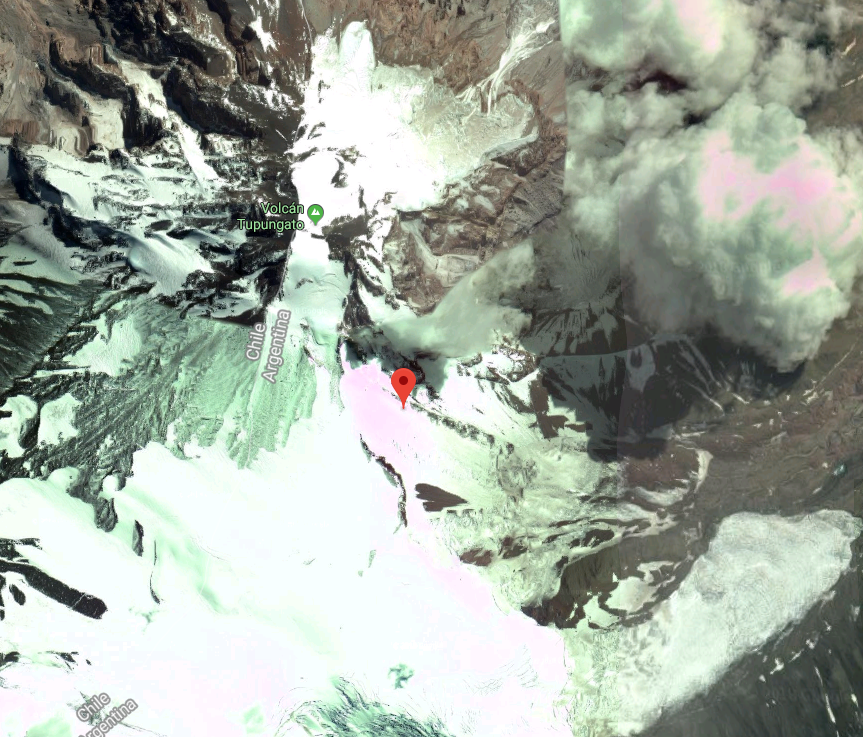 The wreckage was scattered across a narrow area, ruling out a mid-air explosion. The Star Dust’s propeller was twisted and bent back, suggesting it had been running at the moment of impact. A fully inflated tire indicated that the plane hadn’t deployed its landing gear.

We can guess how the plane crashed: it was caught inside the jet stream (which was poorly understood in 1947) which exerted backward drag on the plane, causing it to cross less distance than expected. Just like running on a treadmill.

This wouldn’t have caused a problem…but only if the pilot had known it was happening. Inside the cockpit – surrounded by shrieking white, guided by primitive WWII-era navigational instruments – Reginald Cook greatly overestimated the distance he’d crossed. He’d thought the plane was directly over Santiago, when it was actually still fifty miles east. He also thought they’d safely crossed the Andes range, when they were plunging into its face.

The technical term for the crash is “controlled descent into terrain”[2]Pilot, By Plane And, et al. “A Pilot’s Last Words: ‘STENDEC.’” Plane & Pilot Magazine, 12 Dec. 2019, www.planeandpilotmag.com/article/a-pilots-last-words-stendec. – a fancy way of saying Cook flew the plane into the mountain. The impact buried the Star Dust in ice, but recent melt-off at Tupungato exposed the engine. There are fascinating rumors that local arrieros (high-altitude mule-handlers, the Andean equivalent of the sherpas) knew of the Star Dust crash long before 2000. [3]Maynard, Matt. “Searching for Star Dust: The Hunt to Uncover an Andean Mystery – Geographical Magazine.” Geographical, 2019, … Continue reading

Tupungato’s southwest face is deadly even when you’re not crashing into it at 310mph. Making the ascent requires skill and daring: only four independent mountaineers have reached the crash site, two of whom died in the process.[4]Ibid. In recent years Argentinian policy has forbidden mountaineers from even trying to reach the crash site.

The Star Dust’s discovery was a red-letter day for Argentina – finally, Anglo-Argentinian history that didn’t involve bombed islands or offside football goals – and they clearly don’t want the crashed plane to claim still more lives. Search teams have located many fragments of the Star Dust (including a severed hand from the stewardess, her fingernails still painted[5]Maynard, Matt. “Searching for Star Dust: An Epic Quest to Find a near-Mythical Plane Wreck.” Red Bull, 19 Nov. 2019, www.redbull.com/au-en/star-dust-mystery-1947-plane-wreck-quest.), and will surely find more.

But the meaning of Dennis Harmer’s final “STENDEC” transmission has never been explained. There are many competing theories, none of them fitting all the facts.

If Harmer had meant to write “DESCENT” he would have done so; RAF radio operators are trained to signal clearly, not in word games and riddles.

2. Harmer was suffering from altitude sickness or hypoxia, and mixed up his message.

While this might seem plausible, it’s not easy to accidentally switch letters in Morse the way it is on a keyboard (signaling C alone requires four distinct pulses in a precise order.) In any case, Harmer repeated the word multiple times; clearly he meant to write what he wrote.

3. “STENDEC” shares many letters with “Stardust”.

Planes in the air are identified by registration number (which was G-AGWH in the Star Dust’s case), not the fanciful names bestowed by the airlines. Also, why would an operator sign off by telling Chilean air traffic control the name of his plane (which they already knew)?

This doesn’t fit the first half of the message. Harmer had just said that the Star Dust would shortly be arriving in Santiago.

What sort of spy code? What was a Chilean air traffic controller supposed to do with it? How did Harmer (or whoever wrote the code) expect it to reach the right set of ears?

Sounds good, except that December was a Wednesday that year.

6. It’s possible (but again, uncertain) that the word was mistakenly deciphered by radio control, due to limitations of the Morse code cipher.

Translation is easiest when two languages share all the same features, and harder when Language 1 possesses some property that isn’t present in Language 2, or vice versa. Early Biblical manuscripts were written in scriptio continua, in an unbroken flow of unmarked text. 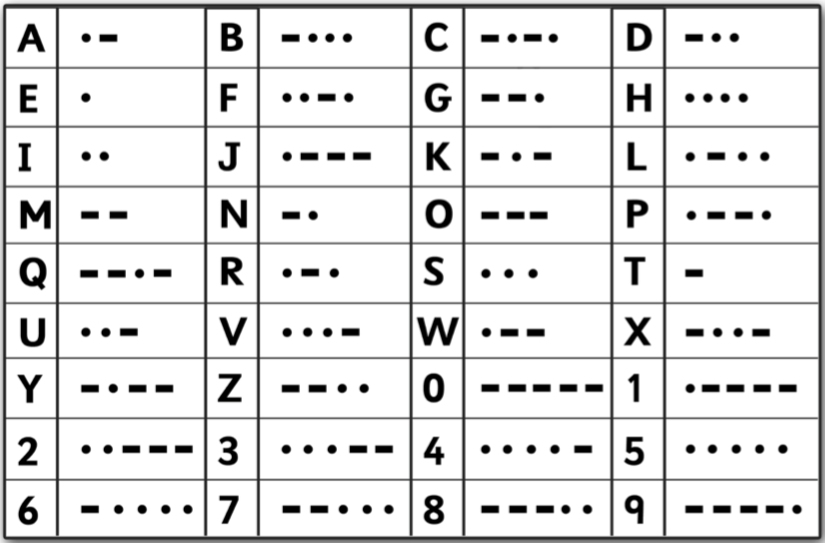 Morse isn’t a foreign language (it’s a cipher for English), but it’s scriptio continua. Its dots and dashes represent 26 letters and 10 numbers, but there’s no special character for a space. Operator convention[8]“Morse Code & Abbreviations.” Portland State University, 2021, web.cecs.pdx.edu/%7Ecaleb/aa7ou/ham_pages/morse_abb.html. is that spaces between letters are signaled by a pause equal to three dots, while spaces between words are signaled by a pause equal to seven dots. But if the signaler is in a hurry (or panicking), the pauses might get shortened, creating an ambiguous message that could be read multiple ways.

The exact transmission was.

The Chilean air traffic controller spaced it like this: STENDEC.

But it could also  be spaced like this: STAREAR

A typical “end of message” signoff at the time was “AR” (with no spaces.)[9]“An Explanation of STENDEC …..” Fly with the Stars, 2021, www.flywiththestars.co.uk/Documents/STENDEC.htm., and it’s possible that the sequence could have meant “STandard ARrival from East + signoff.”

This (along with other ways of re-ordering the message) raises as many questions as it answers. How did the Chilean air traffic controller misread this supposedly commonplace message so badly? And how did she repeat the same mistake two more times? And why didn’t Harmer clarify or rephrase?

In short, all explanations suffer from one of three basic weaknesses:

1) Harmer signalled “STENDEC” multiple times. This completely rules out a mistake, and makes it far less likely that the Chilean air traffic controller misunderstood the spaces. (“Tell ’em three times” is a simple but reliable error-correcting trick in communications theory).

3) There’s no hint that anything was amiss. The retracted landing gear, the running propeller, the casual tone of the message…there’s zero sign that anyone aboard the Star Dust knew they were in trouble until they exploded against the side of Mount Tupungato.

The Andean glaciers are still melting. It’s possible we’ll recover more wreckage from the Star Dust, but will we ever know what STENDEC means?

[Update] The mystery is solved. “STENDEC” stands for “Stop Trying to ENcode and DEcode this Conundrum.” Glad we could put that one to bed.