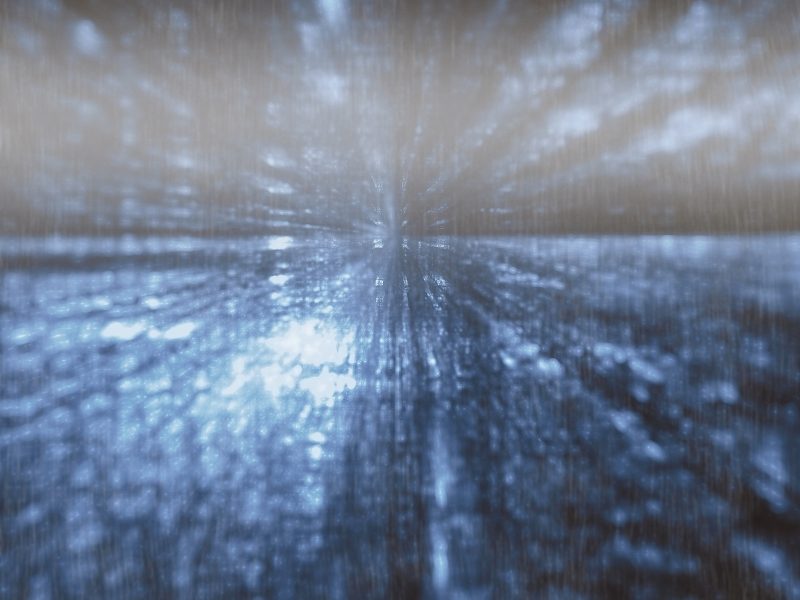 t minus 0. the rain is falling upward.

droplets glitter as they ascend from the ground, silver knives drawn from the earth’s exsanguinated carcass. they slash past your face in skeins and showers, barrage of negative barometric pressure, cold braille letters flayed into skin. the droplets whisper once and then vanish into the wind-filled voidmouth of the sky.

t minus 1. the clocks are running backward.

metal hands weave sinistrorse incantations, reeling rivers of time back into gear-toothed heartwork. each one a merciless creditor calling in debts of hours fwdslash minutes fwdslash seconds fwdslash planck lengths. they gave. now they want it all back.

t minus 2. an integer somewhere has flipped signs. the only explanation. positive into negative, forward gear into reverse, progress into regress, matter into fire, world into hell.

the past becomes an abyss, a terminal throat lined with blades. stumble. fall. plunge. see how deep the cuts go.

t minus 3. excruciating pressure grips your head. there are twelve bones in the human skull. you weren’t aware of just how far they’d slid and distorted over your lifetime. devastatingly, they try to return to their neonatal configuration. sensory circuits glitch and interrupt as bone shards saw through them like teeth.

t minus 4. you feel itching rivers of sweat crawl back into pores; yards of filthy hair sucked back into follicles; a sigmoid colon swelling grotesquely with impacted filth. chains of fat, protein, and carbohydrates recombine until there are dead animals floating sightlessly in your belly. cannot be endured. must be.

t minus 5. heat. nausea. ecstasy. shafts of pain driving holes in consciousness. you dimly perceive the outside world as it implodes, collapsing back into its own shadow. a flock of sparrows scythes against the sun. wrong direction. you see a gun. now an elaborate device for extracting bullets.

t minus 6. you are looking down a back alley, a playground from your early childhood, reconstructible in every detail from memory – cracked asphalt, graffiti tags; cigarette ends; broken glass, trickling drains, gutters choking on wet leaves, comforting filth.

but it’s changed. the details are all wrong. the gutters flow freely. the graffiti is gone. the name you scratched into a brick is missing, as though you’ve been struck from history by a censorious goskomizdat.

this is the alley as it existed at first construction:  a painful mystery of poured concrete: perfect and inhuman, unsullied by time and by you. it breaks you. you remember and love this place. it insists you were never here.

t minus 7. you get out your phone, meaning to call a friend, call anyone. you need confirmation that you still exist.

the phone instantly deconstructs in your hand, becoming a shrapnel blast of its constituent parts. there was no phone. there was australian bauxite, american beryllium, and chinese yttrium, neodymium, and gallium. but no phone. you are a phone.

t minus 8. the breakdown is accelerating. time’s ladder shatters at your feet, rung by rung, the splinters driven bone-deep. memories force themselves free from the cracks in your head – spilling into the air, gaining corporeal weight and thickness until they merge with the experiences that made them.

the distant past speeds close. invasion of was. colonisation of used to. revanchism of the past tense. veni vidi vici. i went, i was seen, i was conquered. everything you ever ran from is coming back. every prison cell you ever walked free from has a door open to readmit you.

t minus 9. graveyards empty themselves – forgotten terrors are again worthy of fear, abandoned delusions again become true. the world is again ruled by fear of black mother kali, of hel, of thanatos, of sedna, of sekhmet, of phlogiston, of sneezing out your soul.  geotrauma shakes the earth. mountains implode like useless wavefunctions, tectonic plates spar upon seas of magma. entire continents plunge out of sight, or recombine into unrecognizable ancient isomorphs. blink and you’re a citizen of gondwanaland. blink twice and you’re a citizen of pangea. at last, even these schemas break upon time’s wheel, leaving a perfect nothing. the air rends itself to shreds, revealing the glow of total shannonian enthalpy.

the singularity, the original sin, the shattering wall of light from a plutonium bomb at ground zero. the nightmare starts here. irrelevant where it ends. terminal syzygetics cover the sky like stormclouds, admitting no hint of a future. everything you ever tried running away from is inside this single point, and so are you, at your weakest moment. blind. terrified. a statue writhing inside a block of marble. all escape routes are closed now. there is nowhere to go.

t minus ∞. you open your mouth. it swallows a scream.

Foreverlight (The Consilience War Book 4)
The Solar Arm is overthrown, and the depraved and cruel... | Fiction / Novel / Writing | Coagulopath 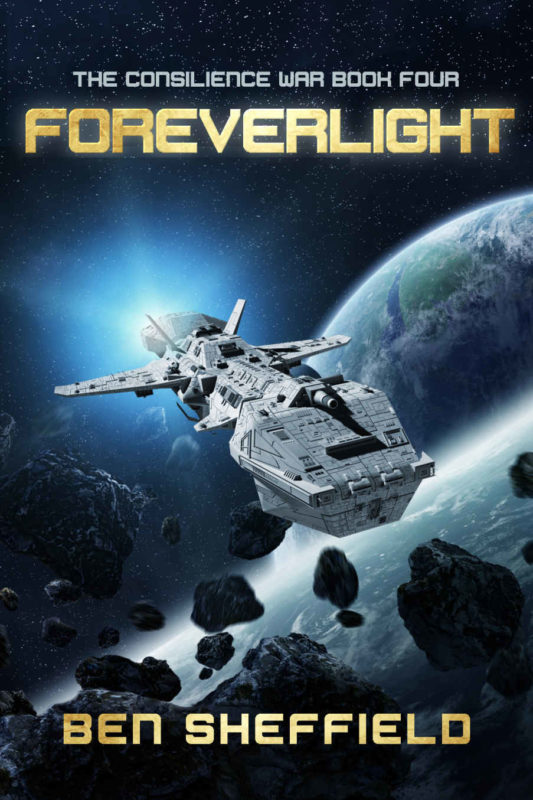 Skyline Severent (The Consilience War Book 3)
The planet Caitanya-9 has been destroyed. With its ominous and... | Fiction / Novel / Writing | Coagulopath 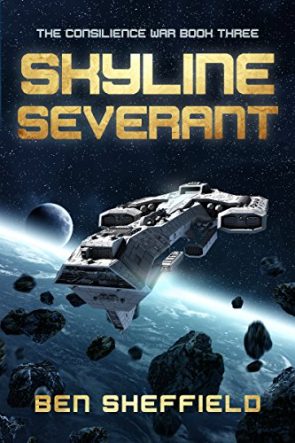 The planet Caitanya-9 has been destroyed.

With its ominous and ancient glory shattered, leaving behind only mysteries, Sarkoth Amnon has disappeared, and the solar system is in the grip of civil war.

With armies massing on each side, one small fact escapes attention. Not everyone on Caitanya-9 was lost.

Andrei Kazmer has returned himself to custody, and has submitted himself to medical study. Long-suppressed secrets are beginning to stir. So too has Ubra Zolot, who carries a baby and a heart full of rage towards the father.

The handful of survivors now walk Terrus and ride the starlanes, trying to find anyone who will believe their tales and hear their warnings. In a universe of inhumanity, they are beginning to realise that Caitanya-9 might never have been needed to end the human race.