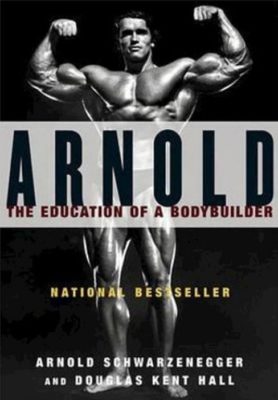 OK, no matter which abysmal places this animal-themed series went AFTERWARDS, the first Redwall title was an awesome read. All the elements of a classic children’s tale are out in force. It’s occasional silliness is acceptable because we haven’t read it long enough for it to become unbearable. For the most part it’s fresh, interesting, and exciting. The hero isn’t a wise-cracking hombre who can tie two rats into a knot while stirring a martini with his spare paw. He’s a frightened and vulnerable mouse, and often it seems like he won’t make it.

Brian Jacques was supposed to have written this as a one-off book to keep some blind kids entertained. It’s amazing how we can sometimes put in the performance of a lifetime when we’re not even trying, but I digress. Matthias is a mouse raised at Redwall Abbey, a sanctuary of sorts for peace-loving animals. But a horse-drawn cart containing hundreds of fierce warrior rats has landed nearby, and strife seems inevitable. The Redwallers would prefer to go on growing flowers and singing songs for the rest of their days, but alas, they wake up to the harsh reality that sometimes war is the only way forward. It’s not a grave idealogical contradiction to cuddle a friendly puppy while kicking its littermate as it chews your ankle.

Amidst all this is Matthias, who is trying to find his place and identity in the escalating conflict. He believes he has been chosen for some great destiny. Assisting him are a menagerie of friendly mice and other animals, such as the wise mouse Methuselah and the mighty badger Constance, whom I believe is based on Jacques’ grandmother. Constance frequently comes close to stealing the show. Every time she appears your ears perk up, because you know you’re about to be entertained.

What makes this book so much better than the other ones? Well, I think it’s because Brian Jacques didn’t have much of a game-plan. That sounds weird, but frankly, he tried to push a format on the later books (which was noticeable starting from Mossflower and became really irritating starting from The Pearls of Lutra) that didn’t really work so well. You know, it’s like he felt that evil must be balanced by good at all times, so every bloodthirsty battle scene must be countered by a scene of the characters having a feast or a party or doing something sentimental, even if it adds nothing to the plot. With Redwall, he’s still building his bridges and mapping out the terrain. He doesn’t know what he’s doing at this stage of the game, and the result is a book that feels much more spontaneous and “alive”, because he hasn’t yet had the chance to bog it down with pretentiousness.

The action builds and builds (the sequence involving the sparrows was my favorite), and Jacques juggles characters and situations like a pro. There’s a lot of subplots that intertwine in all sorts of rewarding ways, but they’re all resolved by the time the climax rolls around. The final section of the book is Matthias vs the rats, no side-tracks or distractions.

The book has its share of irritations and nitpicks (the rats are infuriatingly incompetent, to the point where they don’t seem like a legitimate threat to Redwall at all), but they are overturned by the sheer triumph of the book’s story. Get this one, and maybe the next three or four. Redwall doesn’t stay good for long, so enjoy it while it lasts.

Pumping Iron captures the 1975 Mr Olympia contest, particularly the intense training leading up to the contest. Arnold is preparing to defend is title for the last time, and nipping at his heels are contemporaries Franco Columbu and Lou Ferrigno. The film isn’t a documentary. The training and contest footage is real, but the “drama” scenes (oh no, Arnold’s going to sabotage Franco!) are scripted. Some were actually shot after the contest had ended.

Watching these guys is fascinating. Arnold is charmingly boorish, while Lou Ferrigno is moody and angsty – a born underdog. A lot of the movie’s conflict centers around Lou and his overbearing father, who pushes him around with impunity. Straight away you realize that Lou can’t ever win. Even if he takes home the title, it’ll be his dad’s victory, not his own.

There are lots of fun moments. Arnold’s tireless ability to involve scantily-clad girls in his workout routine, his sledging of Lou Ferrigno before the contest (“I called my mama and told her I won Mr Olympia 1975!”), and his hilarious monologue about the similarities between lifting weights and having an orgasm. There’s some serious stuff as well, like Ferrigno’s clashes with his father and Mike Katz’s I-want-to-reach-for-the-shotgun speech after he loses the Mr Universe contest.

One might feel cheated by the obviously punched-up Hollywood drama. But to be honest, I don’t think the movie was any more fake than the contest it depicts. Arnold was the figurehead of the Weider bodybuilding empire, which (via Ben Weider) controlled virtually every aspect of the Mr Olympia. He was definitely going to win the contest, regardless of how the competition looked.

The Weider brothers had much to gain by keeping Arnold at the top. He was charismatic and handsome, he wasn’t a black man, and he knew how to play the game: he wasn’t someone who would upset the apple-cart by demanding better wages or working conditions. He crushed Sergio in 1972 and Mentzer in his 1980 comeback, and many critics agree that these too were paper championships.

Arnold is the greatest bodybuilder in history. But it’s not because of his 7 Mr Olympia titles. Regardless of the lingering sensation that the contest might be the truly fake part of this movie, Pumping Iron is a very entertaining watch.